Wind Energy Isn't New, But Opponents May Hinder Its Growth 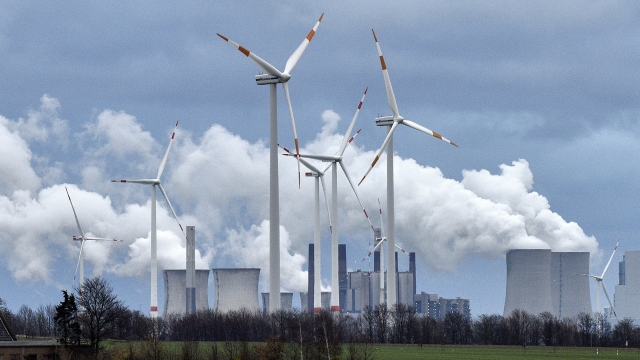 Our modern-day wind turbines are a relatively new part of the renewable energy landscape, but wind energy has a long history.

People first used wind energy to propel boats along the Nile River as early as 5,000 B.C. By 200 B.C., simple wind-powered water pumps were used in China, and windmills with woven-reed blades were used for grinding grain in Persia and the Middle East.

As travel expanded around the world, so did wind energy. Merchants and crusaders brought wind technology to Europe, after its use spread in the Western hemisphere. Early American colonists used windmills to grind grain, pump water and to cut wood at sawmills. They installed thousands of wind pumps as they settled the western United States, with small wind turbines being widely used until the late 1800s and early 1900s.

But the onset of industrialization led to a heavier dependency on fossil fuels, until an oil shortage in the 1970s led us back to greener alternatives.

Although fossil fuels have dominated the U.S. energy mix for more than 100 years, renewable energy production and consumption both reached record highs in 2020. That growth was driven mainly by record-high solar and wind energy production.

The latest data shows 12% of U.S. energy comes from renewables, according to the U.S. Energy Information Administration, and 26% of that is wind energy, which is the largest source after biomass fuels like wood.

The share of U.S. electricity generation from wind grew from less than 1% in 1990 to about 9.2% in 2021. The wind energy industry, which includes both on land and offshore wind farms, is expected to continue to grow, in part because of President Joe Biden's infrastructure bill. It contains funding for a modernized electric grid and long-distance transmission of such energy. The bill also contains funding for ports, which will help the fast-developing offshore wind industry.

These factors are crucial as more wind and other renewable energy is deployed, but not everyone is a fan.

Even the groups that want to see America use more renewable energy prefer other forms, like solar power, arguing that the latter is easier for private residential energy production and requires lesser upkeep and land. They also don't make a noise that a windmill's blades can make with every spin. But wind energy is cheaper than solar to generate, can create more energy because it works overnight, too, and generates less carbon dioxide in its energy generation processes.

Wind energy in the U.S. has also faced opposition from some groups on the right, who cite the amount of land wind energy production requires, the noise its blades make and how it can disturb or hurt local wildlife.

"Well, and I said this a long time ago, if this happens, we are playing right into their hands," Trump said. "Green energy — the windmills don’t work. They’re too expensive. They kill all the birds. They ruin your landscapes. And yet the environmentalists love the windmills. And I've been preaching this for years. The windmills ― and I had them way down ― but the windmills are the most expensive energy you can have, and they don’t work."

Again, as far as cost goes, it's actually cheaper to build and operate new large-scale wind plants than to run existing coal plants. The cheap price tag is one of the main reasons behind wind energy's growth, according to Matthew Lackner, the director of the Wind Energy Center at University of Massachusetts Amherst.

“Onshore wind in the U.S. is extremely cheap," Lackner said. "It's basically the cheapest form of new electricity, I think, typically producing power at around three to four cents a kilowatt hour. So it's reliable, it's certainly affordable and it's also carbon free. And so there's lots of reasons why wind energy has been growing, but those are the main ones."

But given that the majority of wind energy production in the country relies on a "wind belt" that runs through about 17 states that have the flat landscapes that allow for strong winds, many of which are GOP strongholds, the concerns and theories brought up by Republicans could directly influence how voters in that region see wind energy.