Wildfires Are Spreading Rapidly Across The U.S. 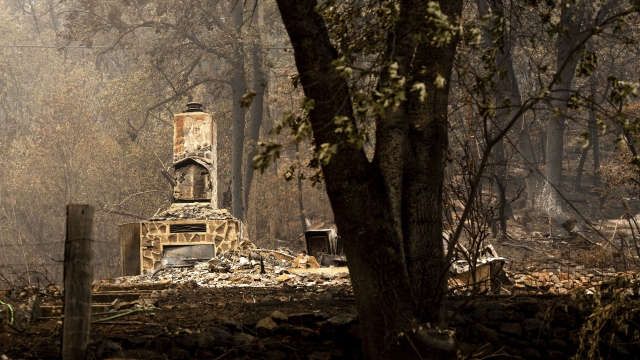 SMS
Wildfires Are Spreading Rapidly Across The U.S.
By James Packard
By James Packard
August 2, 2022
There are 60 large fires burning across the West, with millions of acres burned. Residents are forced to evacuate their homes.

"We knew there was a fire,we just didn't think it would reach us," said Paisley Bamberg, a fire evacuee.

From Nebraska and Wyoming to Washington, Oregon and California, at least 60 large fires are burning in the West.

Dry forecasts are meeting hot temperatures and cooking up a deadly recipe for inferno.

"We're seeing a lot of fire growth very rapidly. And so we just want to make certain that our citizens are abiding by the evacuation orders and warnings. If you're in a warning zone, you need to make certain that you're ready to go should we call an order," said Amy Travis, who works at the California Office of Emergency Services.

In Northern California, crews found two more bodies in homes in a remote area near the Oregon border.

That's where the McKinney fire has burned 56,000 acres, and it's completely uncontained.

"When that fire came over that ridgeline, it had 100-foot flames for about five miles and the wind was blowing. It was coming down like a solid blowtorch. There was nothing to stop it," said Roger Derry, who almost lost his home in the blaze.

That fire almost wiped out the town of Klamath River.

"Everything's gone except you go up towards Oak Knoll there's one or two houses that are that are still okay. The rest are all gone. I mean, it burned so hot. You can't believe it," Derry said.

In Montana, the Elmo Two fire is burning about 20 miles south of Kalispell, forcing evacuations.

"This afternoon we had some winds come out of the west, pushing the fire east," Rouse said.

Those winds are keeping helicopters and planes from fighting the fire from the air.

Forecasters are watching storms across the West from California to the four corners, bringing the potential for rain but also wind and lightning — both of which could make the West's fiery summer worse.