Why Is Gun Culture So Prominent In The U.S.? 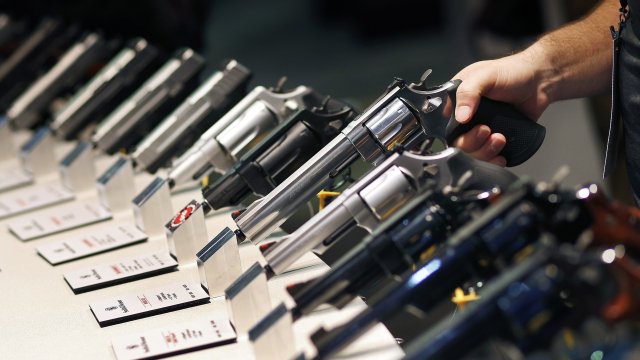 In nearly half of all U.S. States, guns are now legal for concealed carry without a permit.

For the Revolutionary War, George Washington believed more than just rifles were needed to keep up with British soldiers.

In 1776, Washington established the Springfield armory in Springfield, Massachussetts.

By the end of the century, the armory began to manufacture muskets and additional artillery.

It set the standard of gun manufacturing in America.

The Bill of Rights, ratified in 1789, declared in the Second Amendment that all Americans have the right to bear arms.

It cemented gun ownership as a constitutionally protected right.

Then came the National Rifle Association in 1871.

The primary goal of the gun rights advocacy group was to “promote and encourage rifle shooting on a scientific basis.”

Marksmanship evolved in the early 1900s, with competitions bringing America’s youth into the sport.

Guns soon became an item on Christmas lists, with many ads promoting firearms as ‘must-have’ gifts ‘for him.’

The view on guns, which had been popularly seen as a tool for hunting, sport, and war, shifted in the 1960s.

The assassination of John F. Kennedy in 1963 and the 1968 killing of Martin Luther King Jr. Sparked a debate over gun control.

Lawmakers, for decades, have squared off over if and how guns should be regulated.

Yet gun culture remains ingrained in our everyday lives.

The Small Arms Survey estimates there are one billion firearms in the world.

The U.S. has the highest number of privately owned guns in the world.

The survey estimated Americans own more than 393 million firearms, or about 120 firearms for every 100 people.

That means there are more guns than people in the U.S.

It’s hard to officially know just how many Americans are gun owners.

There is no federal registration requirement for most guns.

In the 90s, a Pew Research study found over half of respondents said they owned a gun for hunting or sport shooting. Only 26% said they wanted it for protection.

By 2013, those numbers nearly flipped.

A more recent Pew Research study from 2017 shows those numbers have increased. Nearly two thirds of gun owners said they owned a firearm for protection.

According to Forbes, gun purchases spiked again in early 2020 at the onset of the pandemic.

Gun shops say sales surged again in the summer of 2020, sparked by protests following the killing of George Floyd by police in Minneapolis.

A study conducted by a Northeastern University professor found between January of 2019 and April of 2021, roughly 7 and a half million people became first-time gun owners.

Conflicts overseas also have people feeling the need to protect themselves.

Yet guns are still woven into America’s fabric whether they are for leisure or protection.

According to the Scholastic Shooting Sport Foundation, participation has jumped by 142% over the past six years.