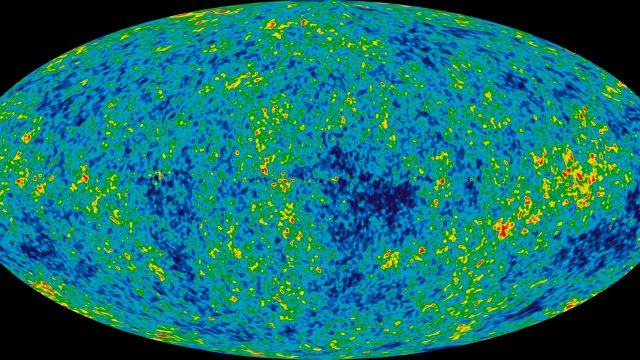 Temperature and heat aren’t the same.

Temperature is the average kinetic energy of those moving atoms.

In space, there’s lots of, well, space. It’s a vacuum.

In that vacuum, you can’t technically measure temperature.

So, when people say space is cold, they’re actually talking about the cosmic microwave background radiation.

That’s the remnants — or aftermath — of the earliest stages of the universe. It’s evidence of the big bang theory of how the universe started.

And for a human, it's very cold. The temperature of the CMBR is 2.7 kelvin — or negative 455 degrees Fahrenheit.

It's one of the many reasons space travelers need a pressurized ship: to stay warm enough to survive.