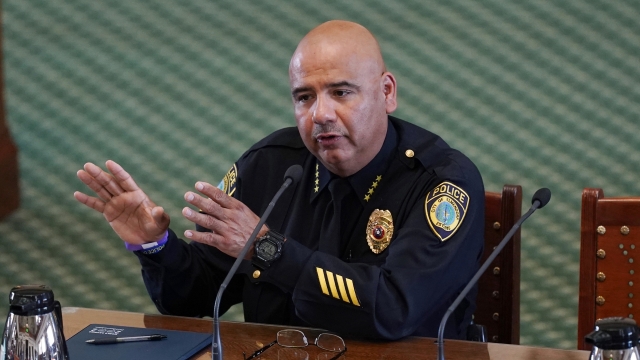 At a special state Senate committee to protect all Texans, the emphasis was on what the city of Uvalde lacked in mental health services and what warnings were missed about the gunman.

"Our HRIs have been providing support to the local mental health authority which has significant vacancies," said Dr. David Lakey, vice chancellor for health affairs and chief medical officer for the University of Texas system.

"We know the troubled youth — we know 90% of them," state Sen. Lois Kolkhorst, (R) TX, said. "We know where they are and who they are, and, again, being careful of stigma and things. But as we work through mental health, sometimes people just need help… there were indicators here. Animal cruelty.”

Uvalde was already in short supply of mental health professionals. U.S. census data shows more than 25% of the county is uninsured.

Statewide the governor cut more than $211 million from the state Health and Human Services Agency, which overseas local mental health authorities, redirecting that money for his border security program and National Guard deployments.

The governor’s office told Newsy in he’s directed billions in the way of mental health.

Testimony about the tragedy showed the suspect ticked all the boxes that normally warn authorities — reports of animal cruelty, truancy and trouble socializing.

“It was in that situation of vacancies, where they had significant vacancies and were trying to respond and were also victims themselves," Dr. Lakey said. "The local mental health authority is only a block away from the school."

"When that child was in third grade and started having problems, that somebody would have referred him at that point and got him the counseling and support that he needed," Dr. Lakey said.

But gun control activists again showed up and decided the effort as theater, saying the governor and lawmakers must do more than have hearings.

"There's evidence-backed solutions to reduce gun violence, and instead he refuses to do it," said Molly Bursey, with Moms Demand Action. "Instead he weakens our already lax gun laws by doing things like passing permitless carry."

A bipartisan group of 13 mayors from across Texas are calling on Gov. Greg Abbott to call a special session to address the topics of gun control and mental health.