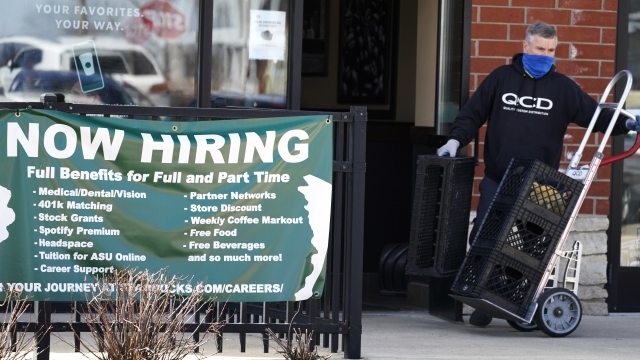 More Americans applied for jobless aid last week, but the total number of Americans collecting unemployment benefits is at a 53-year low.

Applications for unemployment benefits rose by 21,000 to 218,000 for the week ending May 14, the Labor Department reported Thursday. First-time applications generally track the number of layoffs.

The four-week average for claims, which smooths out some of the weekly volatility, rose 8,250 from the previous week to 199,500.

The total number of Americans collecting jobless benefits for the week ending May 7 fell again from the previous week, to 1,317,000. That’s the fewest since December 27, 1969.

American workers are enjoying historically strong job security two years after the coronavirus pandemic plunged the economy into a short but devastating recession. Weekly applications for unemployment aid have been consistently below the pre-pandemic level of 225,000 for most of 2022, even as the overall economy contracted in the first quarter and concerns over inflation persist.

Earlier this month, the government reported America’s employers added 428,000 jobs in April, leaving the unemployment rate at 3.6%, just above the lowest level in a half-century. Hiring gains have been strikingly consistent in the face of the worst inflation in four decades, with employers adding at least 400,000 jobs for 12 straight months.

Inflation may be the only thing hotter than the U.S. job market. Last week, the government reported that U.S. producer prices soared 11% in April from a year earlier, a hefty gain that indicates high inflation will remain a burden for consumers and businesses in the months ahead.

Also last week, the government reported that inflation at the consumer level eased slightly in April after months of relentless increases but remained near a four-decade high. Consumer prices jumped 8.3% last month from a year ago, just below the 8.5% year-over-year surge in March, which was the highest since 1981.

Earlier in May, the Federal Reserve ratcheted up its fight against the worst inflation in 40 years by raising its benchmark short-term interest rate by a half-percentage point — its most aggressive move since 2000 — and signaling further large rate hikes to come. The increase in the Fed’s key rate raised it to a range of 0.75% to 1%, the highest point since the pandemic struck in March of 2020.