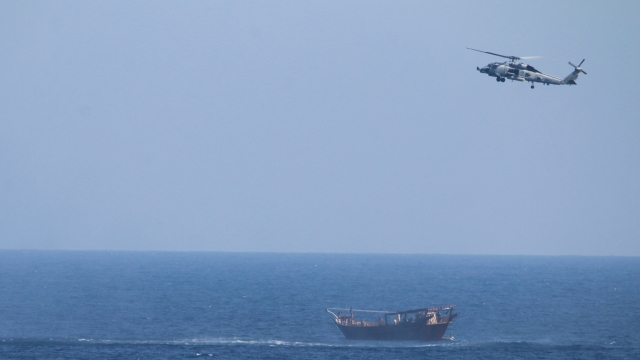 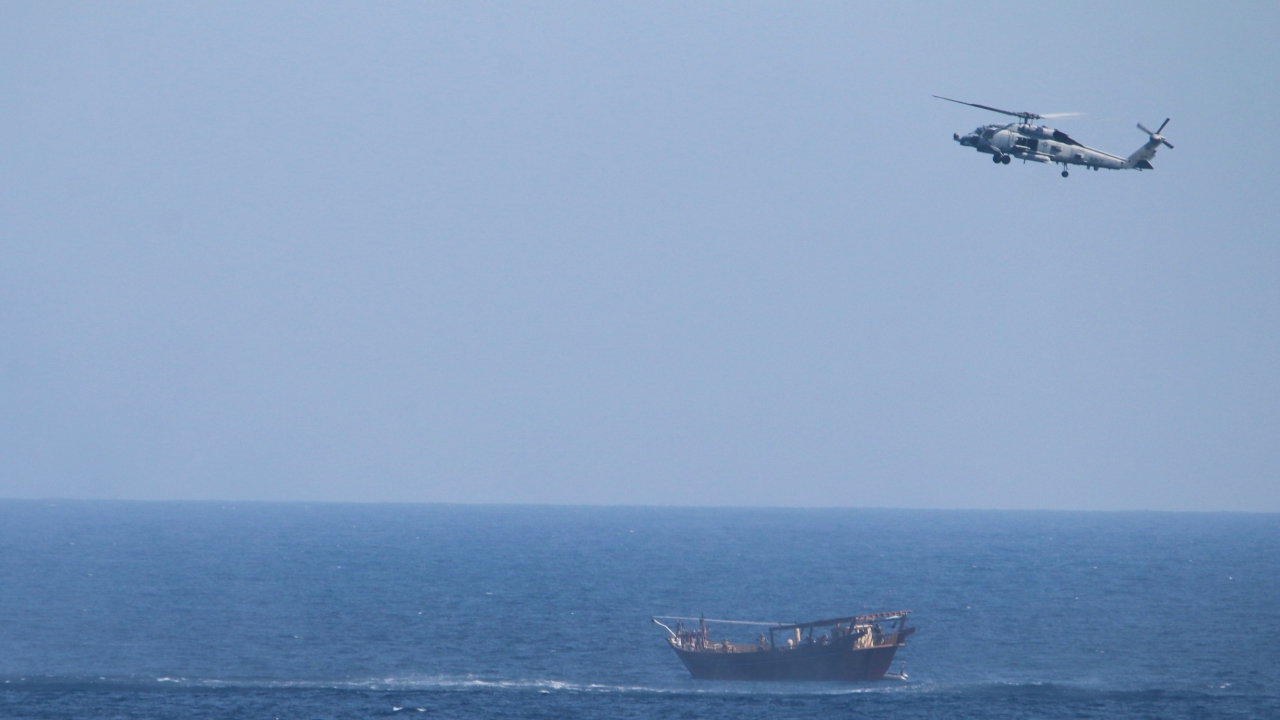 The U.S. Navy's Mideast-based 5th Fleet is starting to offer rewards for information that could help sailors intercept weapons, drugs and other illicit shipments across the region amid tensions over Iran's nuclear program and Tehran's arming of Yemen's Houthi rebels.

While avoiding directly mentioning Iran, the 5th Fleet's decision to offer cash and other goods for actionable intelligence in the Persian Gulf and other strategic waterways may increase pressure on the flow of weapons to the Houthis as a shaky cease-fire still holds in Yemen.

Already, the Houthis have threatened a new allied task force organized by the 5th Fleet in the Red Sea, though there's been no attack by the Iranian-backed forces on the Navy in the time since.

Meanwhile, the 5th Fleet says it and its partners seized $500 million in drugs alone in 2021 — more than the four prior years combined. The 5th Fleet also intercepted 9,000 weapons in the same period, three times the number seized in 2020.

The 5th Fleet's new initiative launches on Tuesday through the Department of Defense Rewards Program, which saw troops offer cash and goods for tips on the battlefields in Afghanistan, Iraq and elsewhere after al-Qaida launched the Sept. 11, 2001, attacks. Since ground fighting has largely halted across the region, the 5th Fleet decided to try to use the program as it patrols the waterways of the Middle East.

Cmdr. Timothy Hawkins, a 5th Fleet spokesman, said operators fluent in Arabic, English and Farsi would man a hotline, while the Navy also would take tips additionally online, in Dari and Pashto. Payouts can be as high as $100,000 or the equivalent in vehicles, boats or food for tips that also include information on planned attacks targeting Americans, Hawkins said.

It's unclear if the 5th Fleet's uptick in seizures represents a return to shipping after the coronavirus pandemic or an increase overall in the number of illicit shipments in the region. Traffickers typically use stateless dhows, traditional wooden sailing craft common in the Mideast, to transport drugs and weapons.

One destination for weapons appears to be Yemen. The Houthis seized Yemen’s capital, Sanaa, in September 2014 and forced the internationally recognized government into exile. A Saudi-led coalition armed with U.S. weaponry and intelligence entered the war on the side of Yemen’s exiled government in March 2015. Years of inconclusive fighting has pushed the Arab world’s poorest nation to the brink of famine. A truce that began around the holy Muslim month of Ramadan appears for now to still be holding.

Despite a United Nations Security Council arms embargo on Yemen, Iran long has been transferring rifles, rocket-propelled grenades, missiles and other weaponry to the Houthis. Though Iran denies arming the Houthis, independent experts, Western nations and U.N. experts have traced components back to Iran.

The U.S. Navy and Iran continue to have tense encounters in the Strait of Hormuz, the narrow mouth of the Persian Gulf through which a fifth of all oil traded passes.