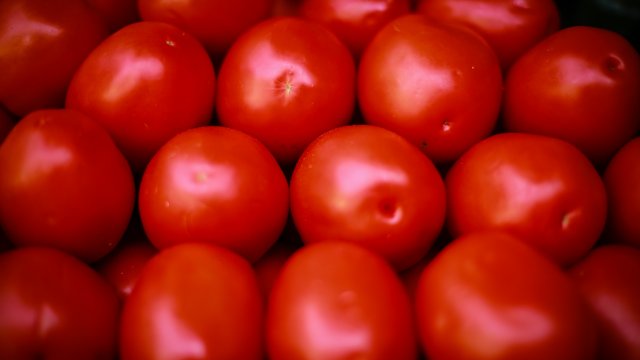 SMS
U.S. And Mexico Reach Draft Deal To End Tomato Tariff Disagreement
By Alec Larson
By Alec Larson
August 21, 2019
​The Commerce Department and Mexican tomato growers will have the opportunity to sign a final agreement next month.
SHOW TRANSCRIPT

The U.S. Department of Commerce has initialed a draft agreement that would end U.S. tariffs on Mexican tomatoes.

The terms of the agreement sets reference prices for several varieties of tomatoes. The deal would also increase the number of exports that will be subject to U.S. border inspections.

In a press release, Commerce Secretary Wilbur Ross said the new draft suspension agreement will help resolve years of "disputes over the roughly $2 billion worth of tomatoes that are imported from Mexico annually." He said that American tomato growers, "including those in Florida, Texas, and Arizona, will benefit from this agreement."

The Trump administration put a 17.5% tariff on Mexican tomatoes in May after ending a previous agreement. The taxes were meant to ensure "that American domestic industries are protected from unfair trading practices".

The initialing of the agreement signals the beginning of a 30-day notice period. On Sept. 19, the Commerce Department and tomato growers will have the opportunity to sign a final agreement.