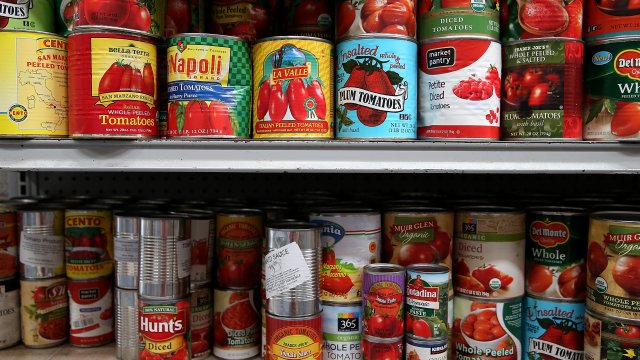 Sixty-seven mayors from across the country have signed a letter from the U.S. Conference of Mayors expressing "strong opposition" to the Trump administration's proposed revision of the Supplemental Nutrition Assistance Program.

In July, the Trump administration proposed a new rule that would end automatic SNAP enrollment for families who receive other public benefits. It said that would cut food stamps for more than 3 million people who don't qualify for the program but were enrolled because they were approved for other benefits.

But the letter warns that "this far reaching executive action will escalate food insecurity and hunger for an estimated 3.1 million individuals — including children, seniors, and people with disabilities in our states, regions and cities nationwide. Furthermore, this proposal will put children's health and development at risk by removing their access to healthy school meals."

The letter notes that the Conference of Mayors has rejected revisions to SNAP in the past, including during deliberation over the 2018 Farm Bill.