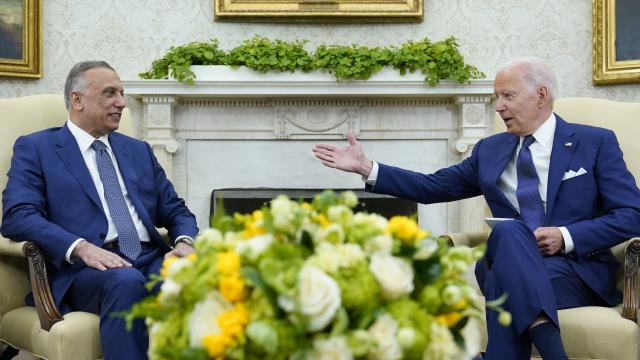 SMS
U.S. Agrees To End All Combat Operations In Iraq
By Newsy Staff
By Newsy Staff
July 26, 2021
The U.S. is now racing to evacuate Afghan interpreters and their families before the Taliban can kill them.
SHOW TRANSCRIPT

President Biden and Iraq's Prime Minister announced the U.S. is ending all combat missions by 2022.

In 2011, then President Obama declared an end to the war. But in 2014, American troops reentered to hunt down ISIS fighters who had taken over large swaths of the country and region.

Now Iraq's leaders say they're no longer needed. But they can stay to advise and train Iraqi forces.

Some worry of a resurgence in terrorism overseas. Possibly, a takeover in Iraq and Afghanistan.

American troops will leave Afghanistan by next month.

The Taliban has moved in quickly and violently to capture territory.

The U.S. is now racing to evacuate Afghan interpreters and their families before the Taliban can kill them.