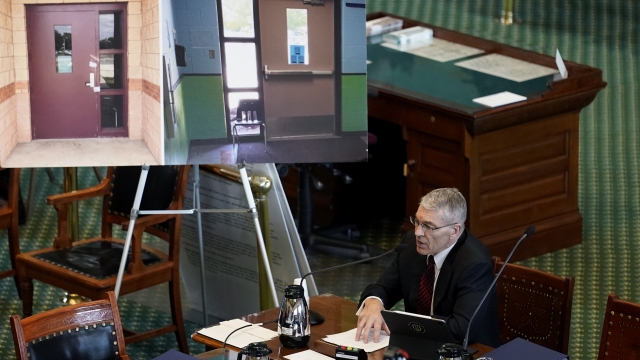 The head of the Texas Department of Public Safety pulled no punches, delivering a stunning condemnation of the police response to a gunman inside a Uvalde elementary school.

"We do know this," asid Col. Steve McCraw, director of Texas Department of Public Safety. "There's compelling evidence that the law enforcement response to the attack at Robb Elementary was an abject failure and antithetical to everything we've learned over the last two decades since the Columbine massacre."

Following the 1999 Columbine attack, police were re-trained to immediately confront active shooters. McCraw says that is not what happened in Uvalde.

"Three minutes after the subject entered west building, there were a sufficient number of armed officers wearing body armor to isolate, distract and neutralize the subject," McCraw said.

Arredondo appeared before a separate house committee Tuesday, but that session was closed.

Arredondo did not answer reporter’s questions but defended himself in a recent interview with the Texas Tribune, insisting he waited for more cops and equipment to save lives. McCraw disputes that.

"I don’t care if you have on flip flops and Bermuda shorts — you go in," McCraw said.

Armed with maps, pictures and transcripts, McCraw presented a detailed timeline of the rampage that unfolded over what he said was an hour and fourteen minutes.

McCraw read aloud: "Officer: ‘There’s a teacher shot in there,’ to which the Uvalde police officer replies, ‘I know’.  The chief: ‘People are going to ask, why are we taking so long?’”

“We’ve seen these select committees that have no legislative power over and over again," said Molly Bursey, of Moms Demand Action. "Abbott convened these after mass shootings, so he actually knows what to do to prevent these shootings, how to reduce all gun violence in Texas and he refuses to do it.”