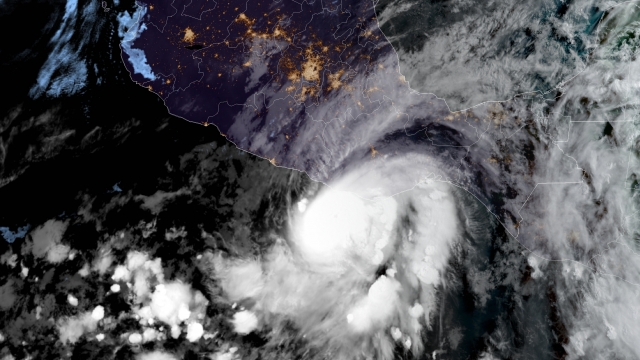 Tropical storm warnings were issued early Friday for much of the Florida peninsula, Cuba and the Bahamas as a system that battered Mexico moves through the Gulf of Mexico, bringing threats of heavy rain and wind for the weekend.

The National Hurricane Center in Miami said the storm once known as Agatha in the Pacific Ocean will be known as Alex in the Atlantic Ocean basin. 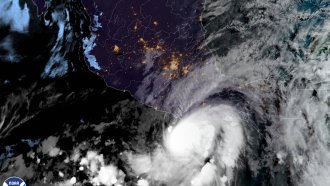 An advisory posted early Friday noted that data from a hurricane hunter aircraft indicate the system's maximum sustained winds had increased overnight and it was expected to develop “a well-defined center and become a tropical storm" as it approaches Florida, the hurricane center said. A system becomes a tropical storm when winds reach 39 mph.

At 5 a.m., the system was located about 420 miles southwest of Fort Myers and was moving northeast at 6 mph.

Some strengthening is possible as the system approaches Florida on Friday afternoon and evening, the advisory said.

The warning affects both Florida's Gulf Coast and Atlantic Coast, from just below Tampa Bay and Daytona Beach to the Florida Keys and Dry Tortugas. Parts of Cuba, including the provinces of Pinar del Rio, Artemisa, La Habana, and Mayabeque, and the northwestern Bahamas are also under a warning with tropical-storm-force conditions expected within 36 hours.

The Atlantic hurricane season officially began Tuesday. This is an unusually early start to the storm season but not unprecedented for Florida.

The National Hurricane Center predicts that rainfall up to 10 inches is possible in South Florida, including the Florida Keys. The storm is not expected to produce huge winds or major storm surge. But local flooding is likely and winds could be somewhat strong.

As a Pacific storm, Hurricane Agatha caused flooding and mudslides that killed at least 11 people and left 20 missing in Mexico, officials said. It caused rivers to overflow their banks and swept away people in homes, while other victims were buried under mud and rocks.

Agatha made history as the strongest hurricane ever recorded to come ashore in May during the eastern Pacific hurricane season since 1949. Climate scientists say tropical systems will become more powerful and destructive because of global warming.