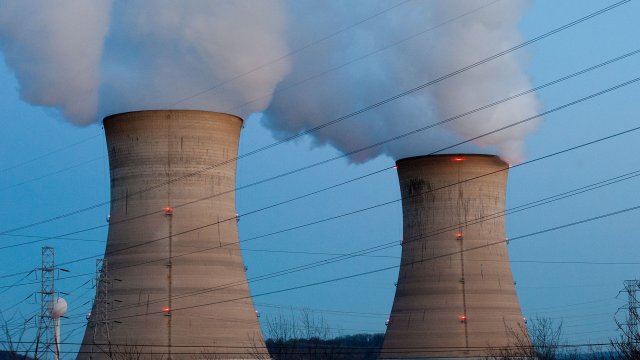 The Three Mile Island nuclear power plant in Pennsylvania officially shut down on Friday, decades after it became the site of the U.S.'s worst commercial nuclear power accident.

Three Mile Island's owner, Exelon Corp., announced in May it would be prematurely closing the plant after trying and failing to receive necessary subsidies from the state government. In 2017, Exelon said the plant had not been profitable for five years.

In a press release, Exelon wrote, "At a time when our communities are demanding more clean energy to address climate change, it’s regrettable that state law does not support the continued operation of this safe and reliable source of carbon-free power."

Three Mile Island opened in 1974 and was licensed to operate until 2034. But in 1979, the plant experienced a partial meltdown of one of its two reactors. The plant then took an economic hit after being left with just one working reactor.

The plant will now begin dismantling its components, a process that is expected to cost over $1 billion and could take decades to complete.