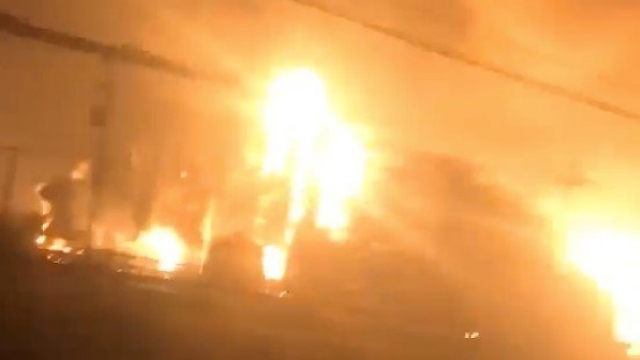 Fires are still burning at a chemical plant in southeast Texas, prompting evacuation orders for at least four surrounding cities and causing tens of thousands of people to scramble to leave the area.

The evacuations follow two massive explosions that occurred at a TPC Group plant in Port Neches within 13 hours of each other on Wednesday. The blasts blew out the windows and doors of many nearby homes and injured three workers.

The first explosion occurred at 1 a.m. Wednesday, sending a plume of smoke into the sky and starting a fire at the plant. The second blast occurred at 2 p.m. and prompted a Jefferson County judge to order mandatory evacuations of Port Neches, Groves, Nederland and part of Port Arthur.

At a press conference, a Jefferson County official said that a loss of power at the plant has prevented investigations into the cause of the explosion and the amount of damage it caused at the facility. The official also said authorities don't yet know the amount of damage done to nearby neighborhoods.

Officials told The Associated Press they have no estimate for how long the fire will continue to burn.