The Rise Of E-sports 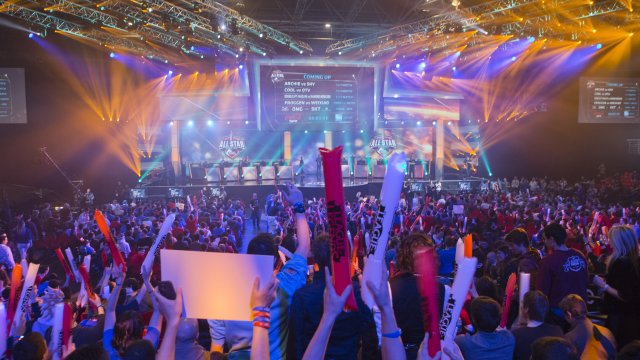 SMS
The Rise Of E-sports
By Newsy Staff
By Newsy Staff
April 1, 2022
The popularity of competitive games is driving millions of dollars and eyeballs into e-sports.

E-sports are no longer a fringe interest — major tournaments for games like League of Legends or Counter Strike rack up more viewers than the Super Bowl.

Part of why these e-sports have drawn in huge numbers has to do with the ability to continue streaming throughout the pandemic, but even beforehand these these e-sports competitions were still drawing huge in-person viewership numbers as well. In 2019, more than 170,000 fans came, in person, to see their favorite teams compete in one of the most popular Counter Strike: Global Offensive tournaments in the world.

E-sports athletes are earning a pretty penny too. Dota 2 is one of the most popular video games in the world, and had a prize pool of more than $40 million for the winners of its biggest tournament in 2021. For comparison, when the Tampa Bay Buccaneers won the Super Bowl in early 2021, each player earned about $130,000, while the losing Chiefs earned $65,000 a player.

The sheer popularity of e-sports has clearly caught on with some of the most well-known professional teams in North America as well. Boston Uprising, a team in the Overwatch league circuit, is owned and operated by the Kraft Group, which is owned by Robert Kraft of the New England Patriots and New England Revolution. The Los Angeles Gladiators, who are also in the Overwatch league, are owned by Kroenke Sports, who own the Los Angeles Rams, Arsenal football club, and the Denver Nuggets. The Vancouver Titans are owned by the same group that owns the Vancouver Canucks, and even sport the same colors as the NHL team.

Entire sports leagues are looking to get in on the action as well. Since 2018, every team in Major League Soccer — the top flight league for professional soccer in the U.S. — has had at least one professional FIFA e-sports athlete representing their club. And the NBA co-founded an NBA 2K e-sports league tied to each team.

What comes next? – actual facilities for these e-sports programs. Overactive media, the ownership behind Toronto's major e-sports teams for Overwatch and Call of Duty, are building a $500 million, 7,000-seat facility specifically geared for e-sports, scheduled to open in 2025. Arlington, Texas has an e-sports stadium that's 100,000 square feet and can seat roughly 2,500 spectators. And in Chicago, officials have plans to build a $30 million video gaming stadium.