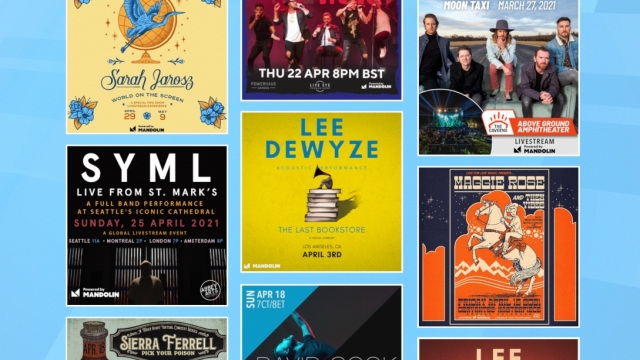 SMS
The Future Of Live Music Is Still Very Digital
By Casey Mendoza
By Casey Mendoza
April 5, 2021
Live-streamed concerts likely to stay as industry earned $610 million last year on the virtual presentations, more money than made from downloads.
SHOW TRANSCRIPT

The biggest concerts of 2020 were virtual. And in 2021, that's likely not going to change.

Amber Mundinger, creative producer and chief operating officer of Artists Den: "What we've learned over the past year is how to really think about digital and streaming, and how that can complement in-person and theater."

Shows like "Live from the Artists Den'' have been streaming concerts for years, but even they had to adjust to the pandemic, find ways to film their entire season of shows remotely and engage with fans who couldn't be there physically.

Dua Lipa's "Studio 2054" garnered a staggering five million viewers. And BTS's two-day "Bang Bang Con" made an estimated $19.7 million in ticket sales, with fans hosting online watch parties and saying it felt like they'd "actually been at a concert in person."Overall in the U.S., virtual concerts earned $610 million last year — that's more than the money made from downloads.

Peter Turim, vice president of sales at Mandolin: "Fans are really excited to get back to live events, but equally as excited to continue live streaming and engaging with digital platforms."

A survey from the new live-streaming platform Mandolin found that "91% of people who had attended a live-stream since the beginning of 2020 said they would continue watching live-streams even as live music returns."

Mundinger: "We can give fans access to shows that they might not have seen before or be able to experience because they might not be coming on tour into that particular area."

Because of that, the future of concerts isn't going to be live or virtual. It's likely going to be a hybrid that combines in-person performances, virtual live-streams as well as theatrical showings. It gives labels and venues new streams of revenue, and it gives fans more ways to see and support their favorite artists.

Turim: "The live streaming experience gives fans a different way to engage, make it feel like they're sitting front row, but also have different experiences like digital meet and greets."

"We were already so fortunate to be in such a creative space, but this really took it to another level."

Correction: A previous version of this video misnamed Amber Mundinger.

Survivors Gather To Remember Those Lost At Pearl Harbor

Military Families Get Free Christmas Trees At Virginia Base