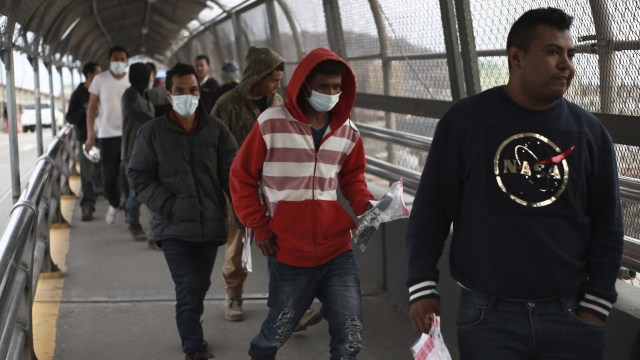 The Supreme Court agreed Monday to review a Trump administration policy that forces asylum-seekers to stay in Mexico while they await their court dates in the United States.

Earlier this year, the court allowed the rule to remain in effect while a lawsuit challenging it went through lower courts. The high court's decision to hear the case now continues its practice of reviewing lower court rulings that have found President Donald Trump's immigration policies illegal over the past four years.

More than 60,000 people seeking asylum in the U.S. had to remain in Mexico under the policy.

The case of the Trump administration's immigration policies is just one of two cases the Supreme Court will hear regarding the border. The other case surrounds the administration's funding of the border wall – specifically $2.5 billion taken from the Department of Defense during a 2018 government shut down in order to construct the wall.

The Supreme Court wont hear either case until next year and the outcome of the presidential election could determine whether the court hears them at all or their level of importance.

Additional reporting by Jessica Gresko and Mark Sherman of the Associated Press.