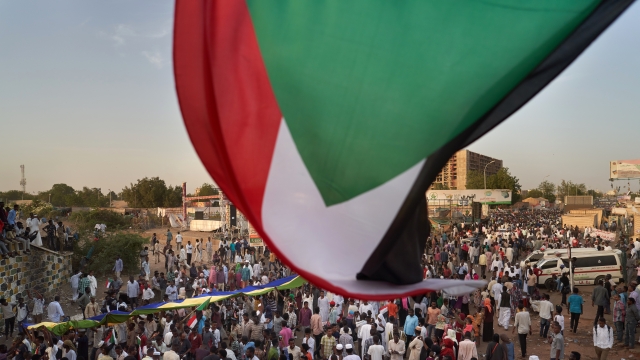 SMS
Sudan Army And Civilian Protest Leaders Sign Power-Sharing Deal
By Alec Larson
By Alec Larson
August 18, 2019
​The agreement calls for the creation of an 11-member council that will rule the country during a three-year period before elections take place.
SHOW TRANSCRIPT

The leaders of Sudan's opposition party and its ruling military council have signed a final power-sharing agreement, ending weeks of negotiations.

Representatives for the Transitional Military Council, or TMC, and the opposition alliance met in Khartoum on Saturday to formally sign the agreement which paves the way for the creation of an 11-member sovereign council that will rule the country during a three-year transitional period before elections take place.

The sovereign council will consist of five members each from both the TMC and the opposition alliance, as well as one member who is agreed upon by both sides. It will be led by a military leader for the first 21 months, followed by a civilian leader for the next 18 months.

After the military overthrow of former President Omar al-Bashir following protests earlier this year, demonstrators remained in the streets to demand a quick transition to civilian rule. International pressure and violence eventually led the currently ruling TMC to meet with protest leaders.

Tens of thousands of people reportedly took to the streets of Khartoum on Saturday to celebrate the final signing of the constitutional document.