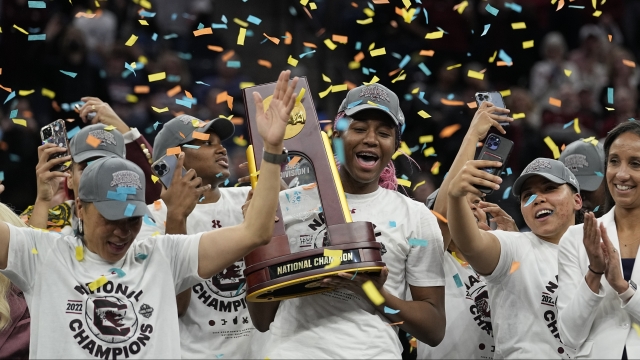 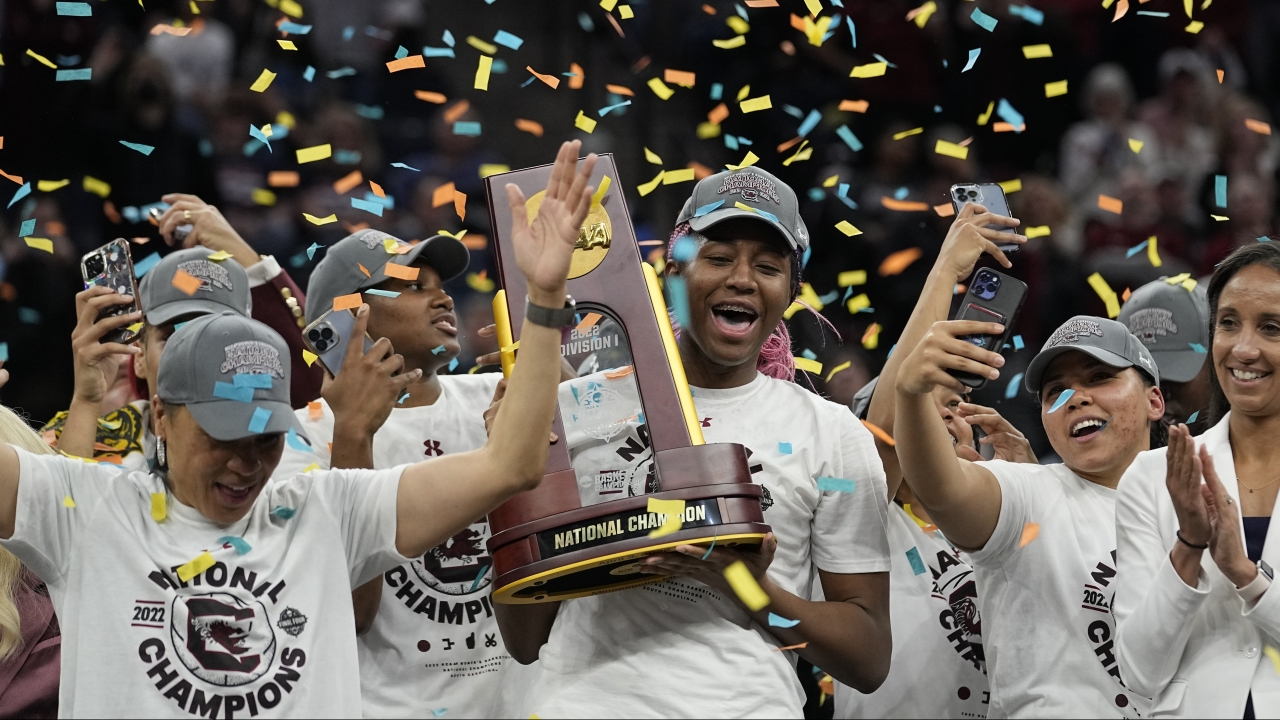 Dawn Staley hoisted the championship trophy high, strutted around the court and stopped for a brief victory dance. She handed over the hardware to South Carolina's student band, then headed back to midcourt for more merriment. 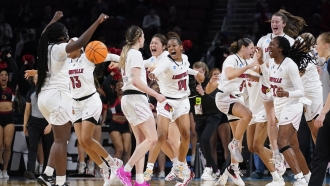 “We played every possession like it was our last possession,” said Staley, the first Black men’s or women’s coach with two Division I titles. “They were determined to be champions today.”

A year ago, South Carolina lost in the Final Four when Boston missed a layup before the buzzer.

“Honestly, I’ve been thinking about this since last season. Everyone had a picture of me crying,” said Boston, who was the Most Outstanding Player of the Final Four. “Today, we’re national champions and I’m in tears.”

With Staley calling the shots in a Louis Vuitton letterman jacket, South Carolina took UConn to school on the boards and capped a wire-to-wire run as the No. 1 team in the country in The Associated Press poll. The Gamecocks also won the championship in 2017 with A’ja Wilson leading the way.

This time it was Boston — the AP Player of the Year — and her fellow South Carolina post players who dominated on the game's biggest stage. The Gamecocks outrebounded UConn 49-24, including a 21-6 advantage on offensive boards.

This was UConn’s first trip to the championship game since 2016, when the Huskies won the last of four straight titles. Since then, the team has suffered heartbreaking defeats in the national semifinals, losing twice in overtime, before holding off Stanford on Friday night. The Huskies were trying to win their 12th title in the same city they won their first one in 1995.

It had been one of the most challenging seasons of Auriemma’s Hall of Fame career. UConn overcame losing eight players for at least two games with injury or illness, including Paige Bueckers, who missed nearly three months with a left knee injury suffered in early December. She came back in late February but wasn’t at the same level that earned her AP Player of the Year as a freshman last season.

The Gamecocks have been stalwarts on defense all season long, ranking third nationally with 50.5 points allowed per game. They were even sharper in the NCAA Tournament, holding opponents to 44.8 points entering Sunday’s finale.

Henderson had three steals, Boston blocked two shots and South Carolina forced 15 turnovers. The Gamecocks' plus-25 rebounding margin was the second biggest ever in a title game.

South Carolina will lose Henderson and Victaria Saxton next season, but have all the talent to repeat as champions.