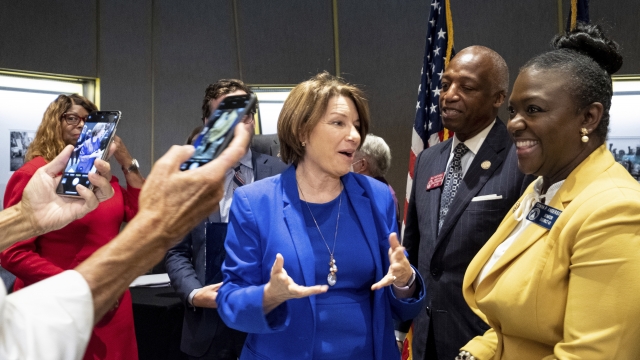 Taking their case for a federal voting bill to Georgia, Senate Democrats argued at a field hearing on Monday that their sweeping elections measure is desperately needed to counter the impact of new GOP state laws that tighten voting rules. 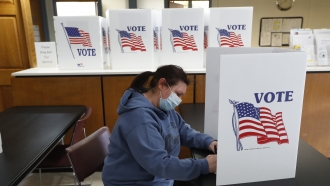 “Congress must take action on voting rights, and we have no time to spare,” U.S. Sen. Raphael Warnock, a Democrat from Georgia, said in testimony before the Senate Rules Committee. “We Americans live in a great house that democracy built, and right now that house is on fire.”

Democrats used the rare field hearing in Atlanta to gain attention for their voting and elections overhaul, which remains blocked by unified Republican opposition and disagreement among Senate Democrats about whether to change procedural rules in the evenly divided Senate to get it passed.

Without a clear path forward, Democrats are seeking to keep the spotlight on voting issues, as they search for other ways to pass less sweeping voting proposals. 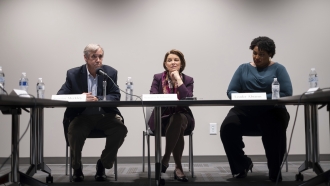 The federal bill, known as the For the People Act, would create minimum voting standards in the U.S., such as same-day and automatic voter registration, early voting and no-excuse absentee voting.

The bill would also change various campaign finance and ethics laws.Republicans, though, have united in opposition, calling the bill a Democratic power grab and saying the changes amount to a federal takeover of elections, which are administered in the U.S. at the state and local level.

No Republicans attended the hearing, and they did not provide witnesses.

Much of Monday’s hearing focused on a GOP-backed elections bill that was signed into law by Georgia's Republican Gov. Brian Kemp earlier this year.

The Georgia law adds a voter ID requirement for mail ballots, shortens the time period for requesting a mailed ballot and results in fewer ballot drop boxes available in metro Atlanta. Several lawsuits have been filed over the law, including one by the U.S. Department of Justice.

Georgia Republicans have pushed back against claims that their election law makes it harder to vote, noting the state offers many of the measures being sought by Democrats in the federal bill, such as early voting, no-excuse absentee voting and automatic registration.

Inflation Reduction Act: How It Could Impact Your Wallet