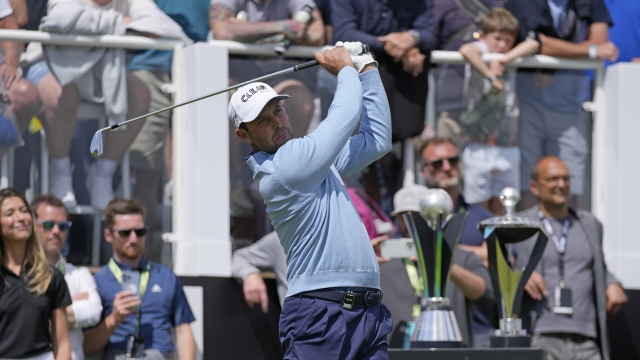 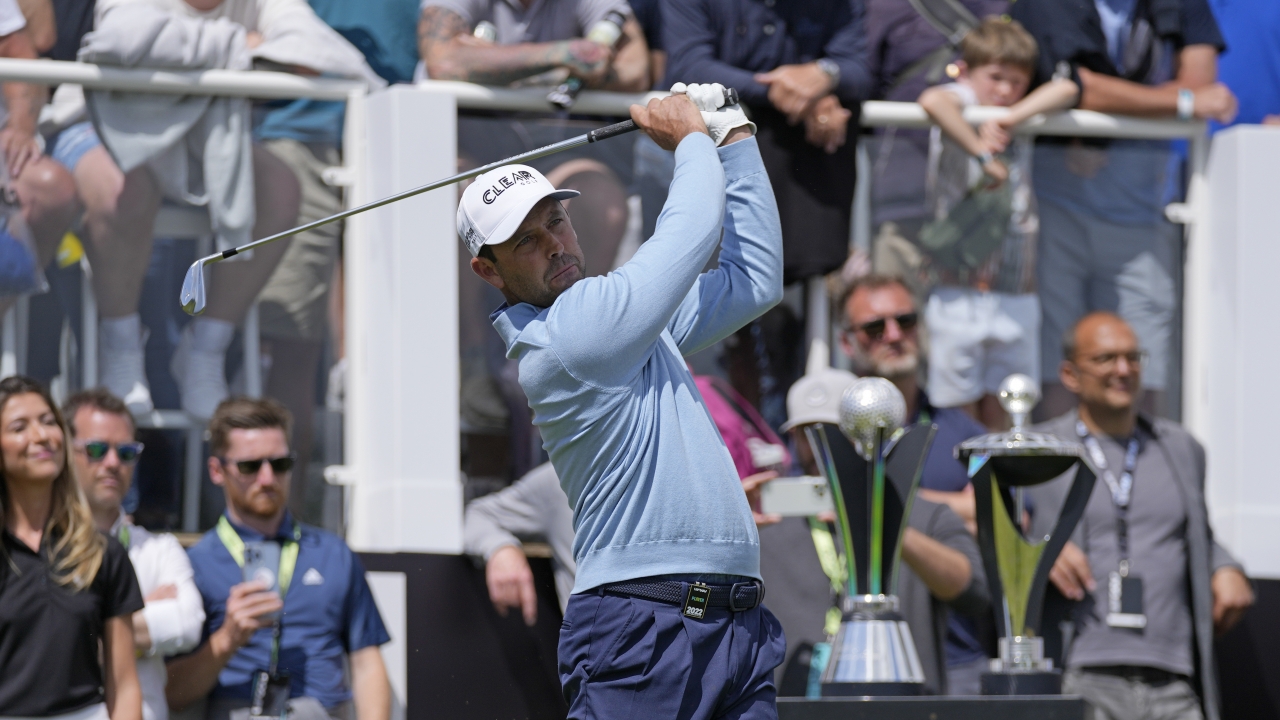 Former Masters champion Charl Schwartzel banked $4.75 million on Saturday by winning the richest tournament in golf history, while the event's Saudi backers faced renewed backlash after a 9/11 victims' group called for American players to withdraw from the rebel series.

Schwartzel held on for a one-shot victory at the inaugural LIV Golf event outside London to secure the $4 million prize for the individual victory — along with another $750,000 from his share of the $3 million purse earned by his four-man Stinger team for topping the team rankings.

Schwartzel, the 2011 winner at Augusta National, collected more prize money from winning the three-day, 54-hole event than he had from the last four years combined. It came at a cost, though, having resigned his membership of the PGA Tour to play on the unsanctioned series without a waiver.

"Never in my wildest dreams did I think we could play for that much money in golf," said Schwartzel, who had not won a PGA or European tour event since 2016.

Schwartzel entered the final day with a three-shot lead and did just enough to hold off Du Plessis despite finishing with a 2-over 72 for a 7-under total of 203.

It is the first of eight events in the first year of LIV Golf, which began against the backdrop of the PGA Tour banning players who signed up. The European tour has yet to comment on any sanctions for players who jumped to the series without its approval.

Twenty players have now defected from the PGA Tour, with Patrick Reed the latest former Masters champion confirmed on Saturday as signing up to LIV Golf as the final round was being completed.

However, the lucrative rewards for joining the series funded by Saudi Arabia's sovereign wealth fund have not been enough to entice any players ranked in the world's top 10.

Having appeared at three Ryder Cups, where he has been one of the brashest characters on the American team, Reed's decision could see him ineligible for selection in the future.

Reed said he would make his debut on the second stop of the LIV Golf series in Portland, Oregon, on June 30-July 2.

Pat Perez, the 46-year-old American who is ranked 168th in the world, also joined the breakaway on Saturday, saying he wants to travel less after 21 years on the PGA Tour. He made no mention on the LIV live broadcast about the riches on offer.

Saudi Arabia's track record of human rights violations has sparked criticism from groups, including Amnesty International, that the country is "sportswashing" its image by investing in signing up sports stars.

LIV Golf CEO Greg Norman, who would not speak to the media at the event, called the series a "force for good" in a speech at the victory ceremony, without addressing criticism of the Saudi project.

LIV Golf plays up the financial largesse. Yasir Al-Rumayyan, governor of Saudi's Public Investment Fund, said on stage that there would be a prize of $54 million for any player who could hit an implausible 54 at a LIV event.

For many in the United States, Saudi Arabia will forever be associated with the collapse of the World Trade Towers and the deaths of nearly 3,000 people on Sept. 11, 2001. All but four of the 19 hijackers on 9/11 were Saudi citizens, and the Saudi kingdom was the birthplace of Osama bin Laden, the head of al-Qaida and mastermind of the attack.

Terry Strada, the national chairperson of 9/11 Families United, has sent a letter to representatives of LIV Golf stars calling on them to reconsider their participation in the series. Her husband, Tom, died when a hijacked plane flew into the World Trade Center.

"Given Saudi Arabia's role in the death of our loved ones and those injured on 9/11 — your fellow Americans — we are angered that you are so willing to help the Saudis cover up this history in their request for 'respectability,'" Strada wrote, accusing the players of betraying U.S. interests.

Strada's letter was sent to agents for Reed as well as Phil Mickelson, Dustin Johnson, Bryson DeChambeau and Kevin Na.

"When you partner with the Saudis, you become complicit with their whitewash, and help give them the reputational cover they so desperately crave — and are willing to pay handsomely to manufacture," Strada wrote.

"The Saudis do not care about the deep-rooted sportsmanship of golf or its origins as a gentleman's game built upon core values of mutual respect and personal integrity. They care about using professional golf to whitewash their reputation, and they are paying you to help them do it."

Victims' families are trying to hold Saudi Arabia accountable in New York, despite its government's insistence that any allegation of complicity in the terrorist attacks is "categorically false."