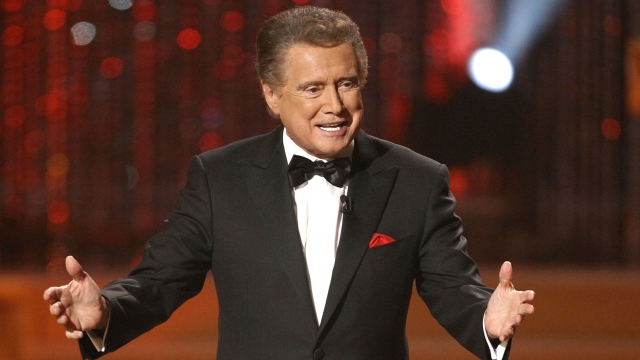 Regis Philbin — the iconic TV actor, host and personality — has passed away, according to his family.

In a statement to People Magazine, the family said Saturday Philbin "passed away last night of natural causes."

They said: "His family and friends are forever grateful for the time we got to spend with him – for his warmth, his legendary sense of humor, and his singular ability to make every day into something worth talking about. We thank his fans and admirers for their incredible support over his 60-year career."

A Bronx native and former Navy midshipmen, Philbin began his career on several talk shows before rising to prominence as a host of LIVE! With Regis and Kathie Lee — which he hosted with Kathie Lee Gifford. Kelly Ripa would replace Gifford in 2001 and the two co-hosted the rebranded LIVE! With Regis and Kelly until Philbin's departure in 2011, nabbing two Daytime Emmy awards in the process.

Philbin also served as the first host of the game show Who Wants To Be A Millionaire, which also garnered him an Emmy. He also received a star on the Hollywood Walk of Fame and a Guinness World Record for the most hours on U.S. television.

Philbin is survived by his wife of 50 years, Joy Senese, and three daughters.