The Rising Rates Of Gun Violence 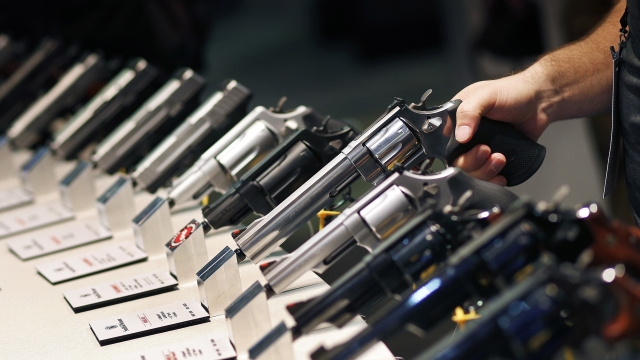 As the nation enters its third year fighting COVID, there's another widespread problem the U.S. can't seem to get a handle on — gun violence. Some experts say there's a connection.

Since 2019, there's been two full years of record-breaking gun violence across the country — in big cities like Chicago, Philadelphia and Atlanta and smaller ones too like Richmond, Virgina and Rochester, NY.

At least 9 major cities across the country set new one-year homicide records in 2021.

"It's easier to get a gun than to buy groceries in our neighborhoods," B.R.A.V.E. Youth Leaders director Lamar Johnson said.

In Chicago, murders were up four percent but over a two-year window, homicides soared by 60% compared to 2019.

"Believe it or not, for people who don't live in this environment, it's a jungle," Johnson said. "Literally it's a concrete jungle. And you've got to keep your head on a swivel all the time."

Johnson, who runs an anti-violence youth organization on Chicago's South Side, partly blames COVID for the spike. He says intervention efforts to reduce killings were hobbled by virus restrictions.

"COVID happened, gun violence continued," he said. "People still losing friends and family to gun violence. We still going to funerals. We still dealing with trauma. COVID literally stopped what we were doing because we're so inter-personal."

Community-led violence intervention organizations across the country had to scramble to adapt their programs to a post-COVID world.

Kyle Fischer is the policy director for the Health Alliance for Violence Intervention and works as an emergency room physician. He's seen COVID and gun violence up close.

"COVID-19 and this pandemic has just been the perfect storm for, you know, really reinjuring and re-traumatizing already traumatized communities," he said. "We have a lack of social services with interruptions in being able to get aid and resources, we have the social isolation, from having to quarantine … Think about things as simple as like the YMCA ... those are things that were shut down. So not only did we increase risk factors for violence, but we saw that some of these protective factors that help keep people safe were also disrupted by the pandemic."

We don't know the national murder rate for 2021 yet. But for 2020 it rose 30% — the largest single-year increase since 1905. This stark rise in homicides is an abrupt change on the national level where murder has been trending downward for more than 30 years.

While homicide investigations can vary widely from county to county, the national clearance rate has been moving in the wrong direction.

The Council on Criminal Justice reported that homicide clearance rates have been declining for a decade.

In 2020, the most recent year available, the rate was 50%. Black people that year made up a little more than half of the victims.