Rapper Juice WRLD Has Died At 21 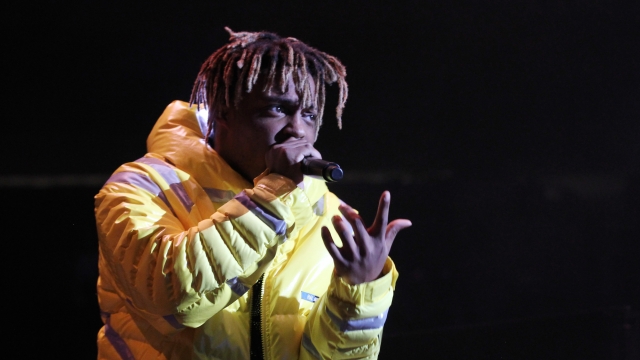 SMS
Rapper Juice WRLD Has Died At 21
By Alec Larson
By Alec Larson
December 8, 2019
He ​reportedly experienced a medical emergency at Midway Airport in Chicago and was pronounced dead at a nearby hospital.
SHOW TRANSCRIPT

The rapper Juice WRLD has died. He had just turned 21 on Dec. 2.

The musician, born Jarad Anthony Higgins, reportedly had a medical emergency at Midway Airport in Chicago and was pronounced dead at a nearby hospital. Multiple outlets report he suffered a seizure at the airport.

The Cook County Medical Examiner's Office said in a statement that an autopsy has yet to be performed and no cause of death has yet been determined.

Juice released his first track in 2015 and rose to prominence through a series of songs released on Soundcloud. He broke through to the mainstream in 2017 with his self-released single, "All Girls Are The Same," and soon after signed a record deal with Interscope. His 2018 song "Lucid Dreams" peaked at No. 2 on the Billboard singles chart.

Earlier this year, he was named Top New Artist at the Billboard Music Awards.