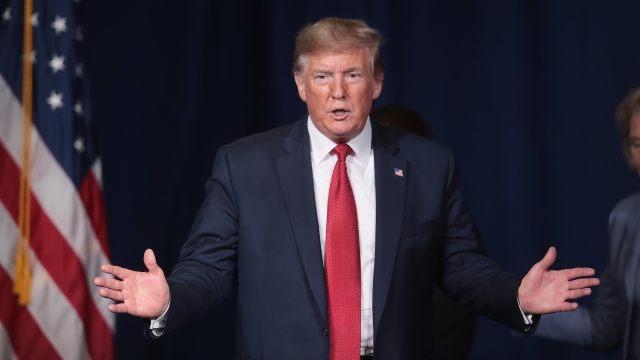 President Donald Trump announced on Twitter he intends to increase tariff rates on Chinese goods, a move made just hours after China announced its intention to place new tariffs on American goods.

The President said he plans to increase an already existing 25% tax on $250 billion of Chinese goods to 30% on October 1, as well as increasing taxes on the remaining $300 billion involved from 10% to 15% on September 1.

Earlier in the day, China announced plans to retaliate to recent U.S. tariffs by imposing an increase of its own on $75 billion in products from the U.S. from 5% to 10%, beginning also on September 1.

After news of China's new taxes, President Trump tweeted, "Our great American companies are hereby ordered to immediately start looking for an alternative to China."

While announcing his own tariffs, President Trump said "China should not have put new Tariffs on 75 BILLION DOLLARS of United States product", describing the country's move as "politically motivated".

President Trump's previous comments about China's tariffs sparked a sell-off of the stock market, with the Dow Jones dropping more than 600 points on Friday.

Earlier in the day, the President also expressed animosity towards both the Fed Chairman Jerome Powell, who according to the New York Times did not make cuts that President Trump hoped would nullify the effect of his trade war, and China's leader in a tweet saying, "My only question is, who is our bigger enemy, Jay Powell or Chairman Xi?"