President Says U.S. Will Have Enough Vaccines For All Adults In May 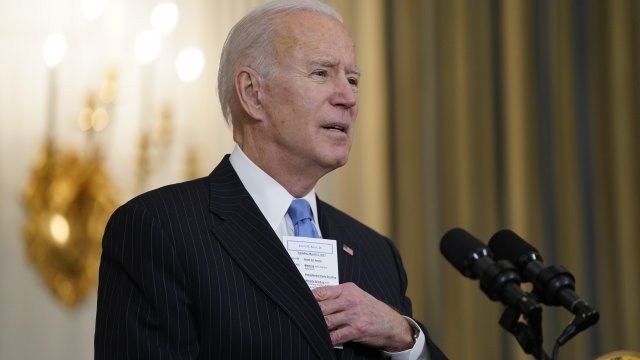 SMS
President Says U.S. Will Have Enough Vaccines For All Adults In May
By Newsy Staff
By Newsy Staff
March 2, 2021
President Biden also announced rivals Merck and Johnson & Johnson will collaborate to boost the vaccine supply.
SHOW TRANSCRIPT

President Joe Biden said Tuesday the U.S. expects to take delivery of enough coronavirus vaccine for all adults by the end of May — two months earlier than anticipated — and he pushed states to get at least one shot into the arms of teachers by the end of March to hasten school reopenings.

"We’re now on track to have enough vaccine supply for every adult in America by the end of May," President Biden said.

Despite the stepped-up pace of vaccine production, the work of inoculating Americans could extend well into the summer, officials said, depending both on the government’s capacity to deliver doses and Americans' willingness to roll up their sleeves.