Politics Are Driving Cities To Push For Separation As New States 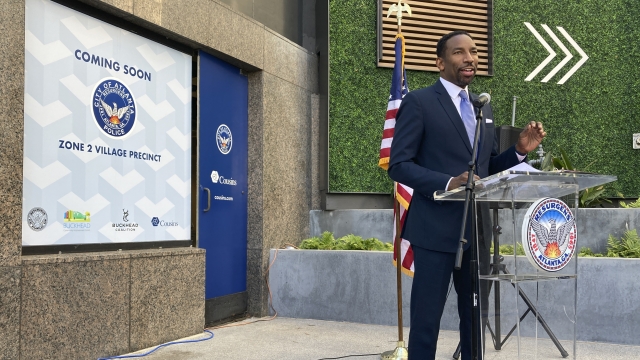 SMS
Politics Are Driving Cities To Push For Separation As New States
By Newsy Staff
By Newsy Staff
March 29, 2022
Some conservative counties are pushing to join red states, which would shift politics, tax dollars and demographics.

The U.S. has seen a lot of political polarization in recent years, and that polarization is fueling efforts to redraw political boundaries for states and cities — or even create new states or cities.

As George Washington University law professor Paul Schiff Berman told Newsy, those movements are often driven by people who don’t feel like their values or politics align with the greater area.

"We increasingly in this country have an urban rural divide in our politics, as our cities and our suburbs become ever more diverse and progressive, and our rural areas become more and more white and conservative," Schiff Berman said. "Those rural areas are sometimes feeling as if they want to join more rural states.”

So, what does this look like across the country? Let’s start with the divide within cities.

Right now, Atlanta's Buckhead neighborhood, the wealthiest district in the city, wants to become an entirely separate city. There have been communities that formed new cities, but if successful, Buckhead would be the first city in Georgia to break away from an existing city.

This split would have a negative impact on Atlanta financially — it would lose nearly 40% of the city’s tax revenue if Buckhead leaves.

Supporters of the split list crime rates across greater Atlanta as one reason for wanting to separate. In 2021, the city saw about a 60% increase in murders from pre-pandemic levels. The increase was consistent with the year before.

People who oppose the split point to the demographic break up, saying the city would leave people of color behind. Buckhead City would be about 80% white, with roughly half of people having six-figure incomes.

As stated on the Buckhead City website, the goal is to improve safety, make sure city services align with their tax dollars and to preserve their parklike setting.

However, Buckhead cityhood stalled in the Georgia General assembly in February, meaning this will have to be revisited next year.

Elsewhere, some of these breakaway movements are playing out on the state level.

In recent years, people from rural Oregon who want become part of Idaho started the Greater Idaho movement. They want conservative counties in Oregon to join a red state.

They’re advocating for 76% of Oregon’s land but only 21% of the state’s population to make this move.

Several counties in Oregon have voted in favor of this idea, and an Oregon state senator said they’d consider introducing legislation on it. Idaho state representatives have also voiced their support in committee meetings on moving Oregon’s border.

"The resources including water, including more of your agriculture besides timber, you know, maybe there are some appealing things to Idahoans, at least in my estimation, to even consider this," said Republican Idaho Rep. Barbara Ehardt.

A similar situation has played out with Maryland, and it's also because conservative counties want to join a red state.

“We are absolutely standing here with open arms," Gov. Justice said. "We’d welcome absolutely these counties and be tickled to death to have them, and they’re great folks of that incredible state.”

West Virginia has also opened their doors to Virginia in the past, when Gov. Justice endorsed a plan for Virginia conservatives to join the state in 2020. There hasn't been a split like that since Virginia and West Virginia originally divided during the Civil War.

University of Maryland constitutional law professor Mark Graber explains that this all went down when a few counties decided they didn’t want to join Virginia in seceding from the Union.

“The four counties then said... we want to secede from Virginia and form a separate state," Graber said. "Since Abraham Lincoln took that government to be the legitimate government of Virginia, they could vote to separate, but that's not likely to happen again.”

So far, the movements in Oregon, Maryland, and Buckhead, among others, haven’t achieved what they’ve set out to do, but these groups pushing to move state borders still persist.

It’s worth noting, according to the Constitution, part of a state can join another if both state legislatures and Congress sign off on it.

“So it's actually really hard to get either party to agree to some kind of secession like that, and so, as a result, I think although these movements gain a lot of public attention, they're unlikely to actually be successful," Schiff Berman said.