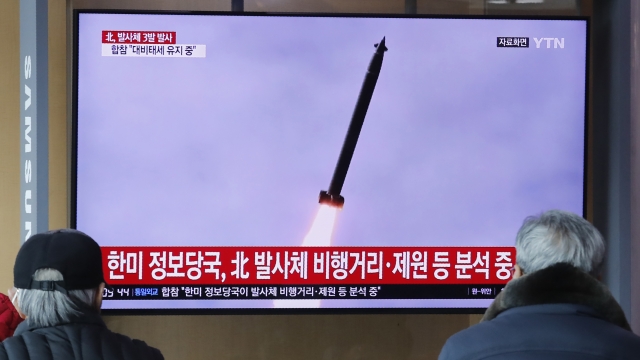 By Katherine Biek
March 9, 2020
The launch comes almost a week after North Korea conducted its first missile test of the year.
SHOW TRANSCRIPT

The launch comes almost a week after North Korea conducted its first missile test of the year. South Korean military officials believe both tests are part of ongoing military drills that North Korea has scheduled for the month of March.

Earlier this month, officials from five European countries called for a closed-door U.N. Security Council meeting to discuss the missile launches. A spokesman for North Korea's Foreign Ministry later condemned the action, saying the countries' "reckless behavior" would lead to "another momentous reaction."

North Korean leader Kim Jong-un announced at the beginning of the year that his country would unveil "a new strategic weapon" in the near future. He also signaled that he may start resuming nuclear and long-range missile tests. North Korea hasn't launched a long-range weapon since November 2017.