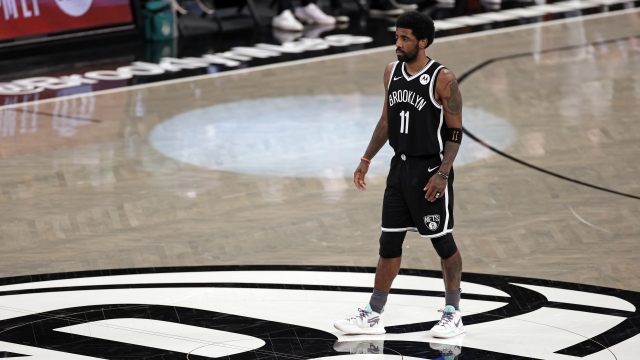 It's nearly the start of a new NBA season, and tensions are rising between unvaccinated players and local officials — and not just in the U.S.

Unvaccinated players could reportedly face jail time when traveling north of the border if they don't follow Canada's strict quarantine rules — including leaving their hotel rooms for anything other than team activities.

"You are going to see some players who opt to skip that part of the road trip to the Raptors when they have to play in Toronto because of the severity of the potential punishments," said SN Nation's NBA producer Sabreena Merchant.

The controversy around vaccinations and NBA players has been flaring up for weeks.

"I would just appeal to him: Get vaccinated. Your fans want to see you. We all want you back. Your teammates want you back," de Blasio said.

Vaccine mandates in New York City and San Francisco are forcing players like Irving to skip home games unless they get vaccinated. And the NBA says they won't get paid.

Irving is not saying whether he's been vaccinated, but he has indicated support for some conspiracy theories on social media.

Meanwhile, hall-of-famer Kareem Abdul-Jabbar is calling on the NBA to sanction Irving and other unvaccinated players.

"I think they should be disciplined. I do not think they are behaving like good teammates or good citizens. This is a war we're involved in. And masks and vaccines — they're the weapons we use to fight this war," said Abdul-Jabbar.

The public pressure and the city mandates seem to be working. The NBA is seeing a steady rise in vaccination rates.

"These mandates are going to put people in really uncomfortable situations," said Merchant. "And I think we're going to see a situation with Kyrie where he's either going to be the lone holdout or just another data point in the fact that these mandates actually work if people want to do their jobs."

A total of 95% of players have now received at least one COVID shot — a higher rate than the MLB and NFL. But the question is whether NBA teams will be at full strength come opening night.