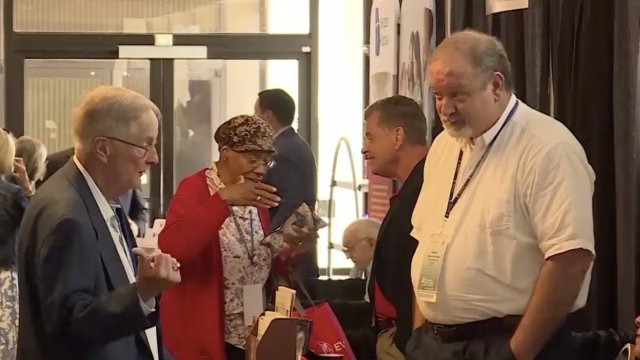 Reaction continues to pour in from across the nation after Roe v. Wade was overturned.

Hundreds of anti-abortion advocates and leaders of various organizations and groups from across the country gathered in Atlanta, Georgia Friday for the 2022 National Right To Life convention, as the Supreme Court announced Roe v. Wade was overturned. The crowd erupted in cheers after the announcement, with the group's president called it "a great day for unborn children."

At the event, some were emotional, and others were left speechless. Many shared personal stories of advocacy over the years.

Eileen Roberts, the president of Parents for Life, said she feels this is a step in the right direction  but acknowledges there is still work to be done.

The Department of Homeland Security said given the high-profile news, churches and pregnancy centers should be on alert. People at the convention have said they are somewhat worried about that and hope things remain peaceful.