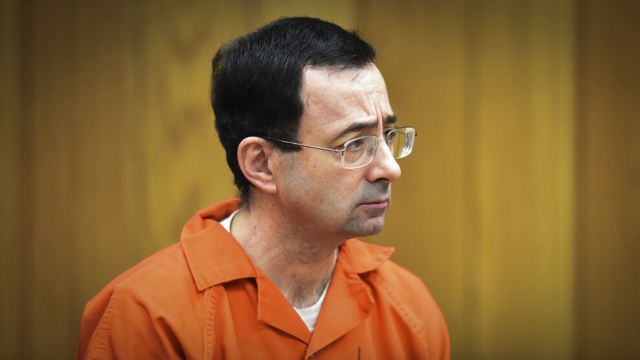 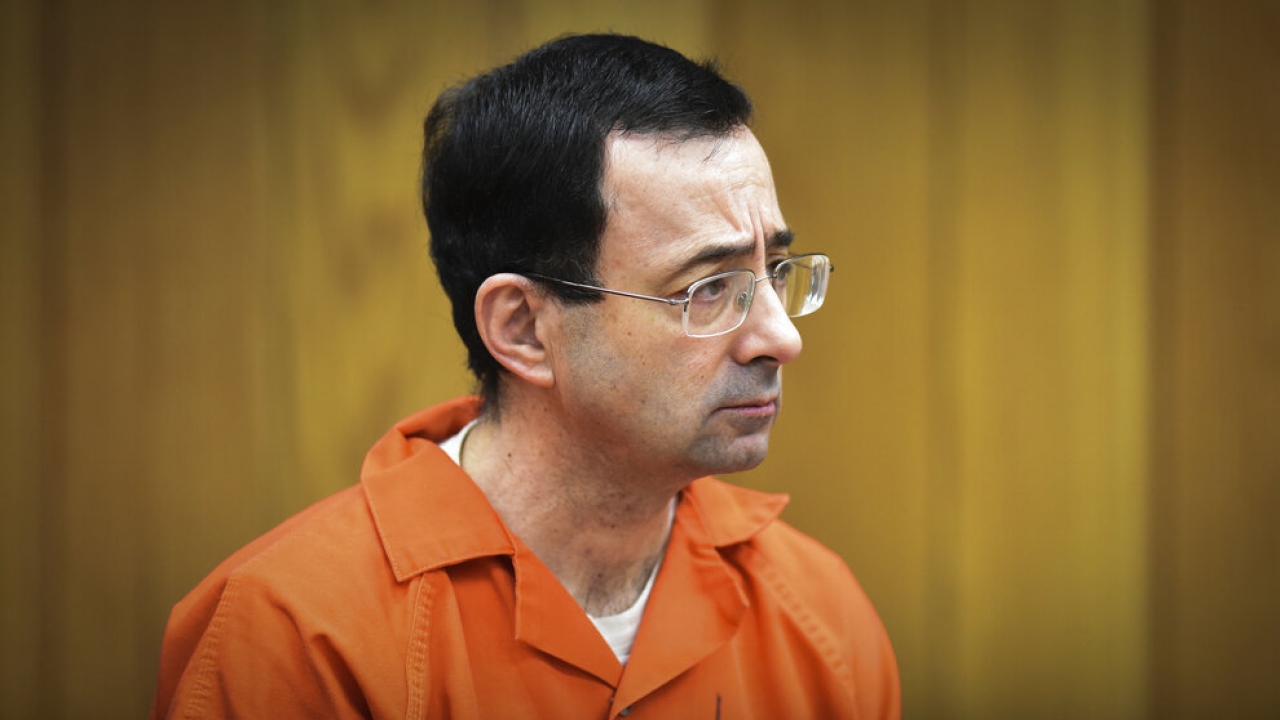 Thirteen sexual assault victims of Larry Nassar are seeking $10 million each from the FBI, claiming a bungled investigation by agents led to more abuse by the sports doctor, lawyers said Thursday.

It's an effort to make the government responsible for assaults that occurred after July 2015. The Justice Department's inspector general concluded last year that the FBI made fundamental errors when it became aware of allegations against Nassar that year.

Nassar was a Michigan State University sports doctor as well as a doctor at USA Gymnastics. He is serving decades in prison for assaulting female athletes, including medal-winning Olympic gymnasts.

"This was not a case involving fake 20 dollar bills or tax cheats," attorney Jamie White said. "These were allegations of a serial rapist who was known to the FBI as the Olympic U.S. doctor with unfettered access to young women."

Nassar, he added, continued a "reign of terror for 17 unnecessary months."

An email seeking comment was sent to the FBI.

White is not suing the FBI yet. Under federal law, tort claims must be a filed with a government agency, which then has six months to reply. A lawsuit could follow, depending on the FBI's response. 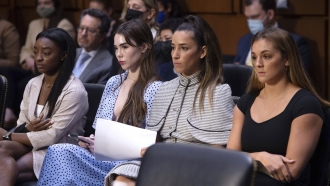 "No one should have been assaulted after the summer of 2015 because the FBI should have done its job," said Grace French, founder of a group called The Army of Survivors. "To know that the FBI could have helped to avoid this trauma disgusts me."

White noted the 2018 massacre at Florida's Marjory Stoneman Douglas High School. The FBI received a tip about five weeks before 17 people were killed at the school, but the tip was never forwarded to the FBI's South Florida office. The government agreed to pay $127.5 million to families of those killed or injured.

The inspector general's investigation was spurred by allegations that the FBI failed to promptly address complaints made in 2015 against Nassar. It took months before agents opened a formal investigation.

White said more than 100 women were assaulted after July 2015. Nassar wasn't arrested by state authorities until November 2016 during an investigation by Michigan State University police.

FBI Director Christopher Wray has said he's "deeply and profoundly sorry" for delays in Nassar's prosecution and the pain it caused.

Michigan State University agreed to pay $500 million to more than 300 women and girls who were assaulted. USA Gymnastics and the U.S. Olympic and Paralympic Committee made a $380 million settlement.