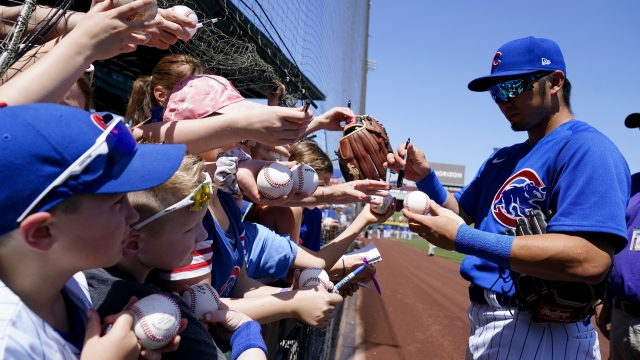 Opening Day is finally here as Major League Baseball teams across the country will open their gates to fans. But according to a new poll from The Associated Press and NORC Center for Public Affairs Research, only 27% of Americans say they are currently a fan of the league. 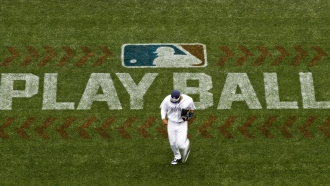 About 1 in 4 fans of Major League Baseball feel at least some anger toward the sport after its first work stoppage in a generation, but the vast majority are still excited about the new season.

Only 8% of baseball fans said the lockout had a major impact of their views of the sport, though another 39% said it had a minor impact. Baseball fans who followed news about the lockout were especially likely to say it had an impact on them, compared with those who didn’t, 64% to 34%.

The poll also finds 32% of Americans 45 and older say they currently are fans, but only 22% of younger adults say they are, a trend MLB management says it is working to reverse.

Despite some frustration, the vast majority of baseball fans say they feel at least somewhat excited about and interested in the upcoming season. Fans who followed the lockout closely are especially excited.

But first, a sneak preview of the fun that's already underway. ☺️ pic.twitter.com/wrJK3LRrJ6

Here's a sneak preview of what's happening around the league today:

Chicago Cubs veteran Kyle Hendricks is set to deliver the first pitch of the season against Corbin Burnes and Milwaukee at Wrigley Field just past 2:20 p.m. ET, the first of seven games still on the calendar amid rainy forecasts across the country.

Gerrit Cole and the Yankees had been set to start at home against the rival Boston Red Sox, but New York announced Wednesday that the game was postponed to Friday with inclement weather in the forecast all day Thursday. Same for the Minnesota Twins and their opener against visiting Seattle.

Still plenty on the docket, though.

The World Series champion Atlanta Braves plan to raise a banner before hosting Cincinnati, and they'll do it without fan favorite Freddie Freeman, who signed with the Dodgers last month. Los Angeles is among 16 teams that won't open until Friday.

The Mets and Nationals are still a go in Washington — they just pushed back the scheduled start three hours to 7:05 p.m. ET because rain is expected in the afternoon. Second-year righty Tylor Megill gets the surprise assignment for New York, with Jacob deGrom injured and fellow Cy Young Award winner Max Scherzer targeting Friday off a hamstring issue.

There are also plenty of new faces around the majors this year, starting with the branding in Cleveland. The Guardians make their regular-season debut in Kansas City with ace Shane Bieber on the mound against Zack Greinke.

Cleveland will get the first, surely, of many looks at Bobby Witt Jr., baseball's top prospect who forced his way into the Royals' opening day lineup. A shortstop in the minors, Witt will play third base to start his big league career.

He's one of several touted prospects told they'll begin the season in the majors, including Seattle outfielder Julio Rodríguez, Detroit slugger Spencer Torkelson, Philadelphia shortstop Bryson Stott and Tampa Bay outfielder Josh Lowe. Cincinnati right-hander Hunter Greene — who was up to 104 mph at Triple-A last year — will start a game over the weekend.

Shohei Ohtani begins his AL MVP defense by pitching and hitting for the Angels against Houston — and he'll be the only hurler asked to do both. A new rule allows the Los Angeles Angels star (and other pitchers, if they're ever the designated hitter) to still bat after they've left the mound.

The DH was added to the National League this winter, creating 15 job opportunities for sluggers who aren't exactly built to defend.

Also, for the first time, umpires will be given microphones to provide explanations following replay reviews this season. The change should eliminate some mystery — and maybe even some frustration — for fans who previously had to wait until after games to find out exactly what the crew was discussing with replay headquarters.