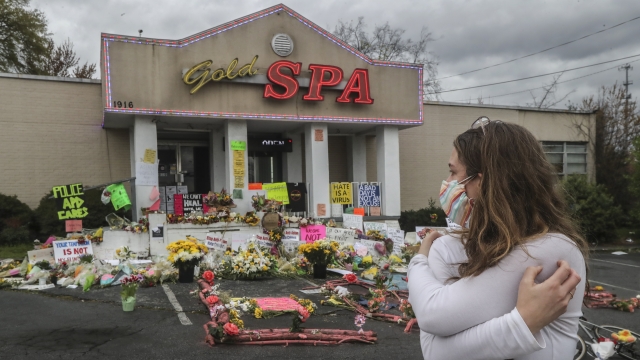 Members of Congress visited the Georgia spas where eight people were killed nearly two weeks ago and called for hate crime charges.

Members of the Asian Pacific American Caucus took part in the trip speaking outside one of the shooting sites where a memorial now stands.

They also met with local leaders of the Asian American community. Six of the people killed were Asian women.

"Everything that we saw today gave me even more determination to go back to Washington D.C., to ensure that we have our department of justice, use its resources to call these murders a hate crime," said Democratic congresswoman Judy Chu of California.

The 21-year-old suspect was taken into custody the day of the shootings.