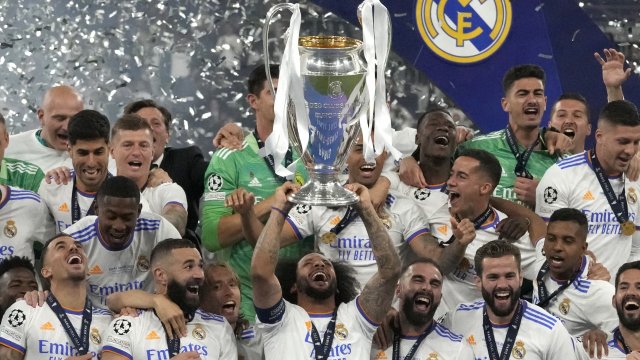 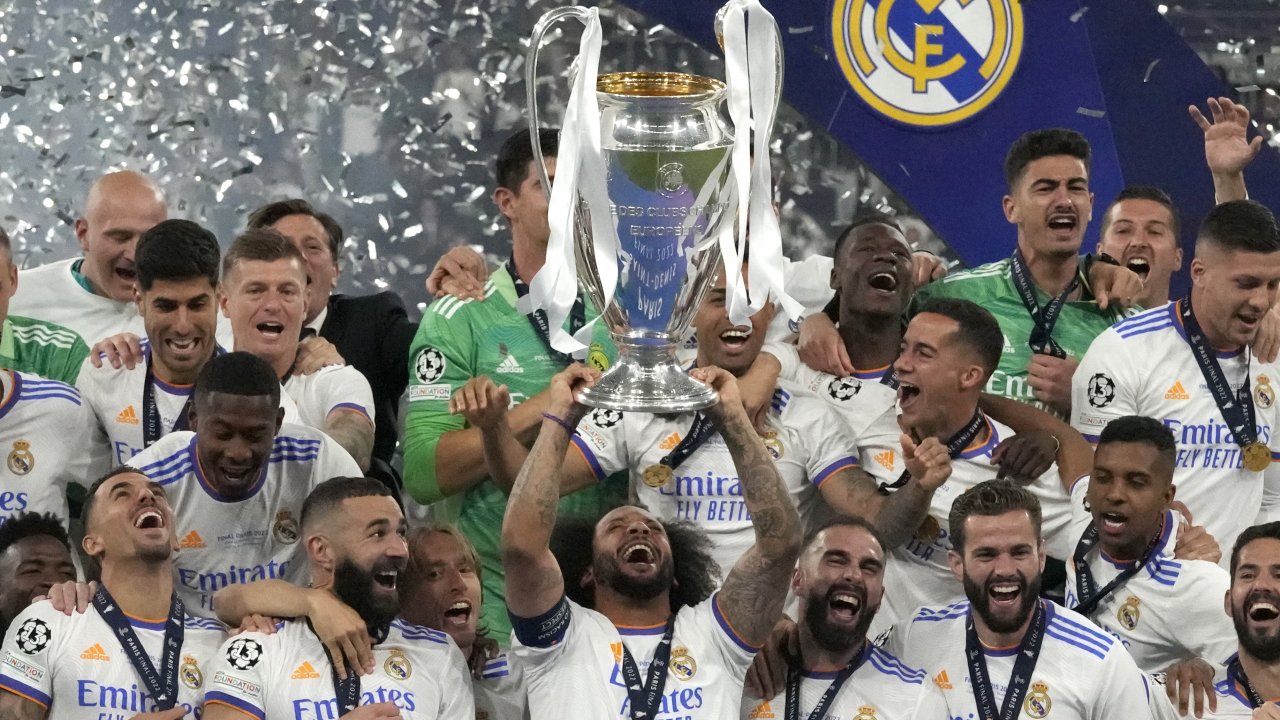 Yet another Champions League title for Real Madrid, the undisputed king of Europe.

Yet another showpiece European soccer game tarnished by chaotic crowd issues and disorder.

Madrid became European champion for a record-extending 14th time — double the number of any other team on the continent — after beating Liverpool 1-0 in a final that started 37 minutes late because of disturbing scenes outside the Stade de France on Saturday. It evoked memories of the violence that marred the European Championship final at Wembley Stadium 10 months ago.

Brazil winger Vinícius Júnior was the match-winner, applying a close-range finish in the 59th minute from Federico Valverde’s drive across the face of goal, while goalkeeper Thibaut Courtois took just as many plaudits by making breathtaking saves by Sadio Mane and Mohamed Salah.

“Today nobody was going to get in my way,” Courtois said. “I was going to win a Champions League no matter what.”

It gave Madrid coach Carlo Ancelotti a fourth European Cup title, the most ever for a manager in the competition's history, and completed the Champions League-La Liga double for a Spanish giant for whom winning titles is ingrained in its culture.

And this time, there was no need for the kind of stirring comeback that Madrid had to produce in getting past Paris Saint-Germain, defending champion Chelsea and Manchester City in the knockout stage. It might go down as the most grueling run to the title in the long history of the competition.

“We are the best,” Madrid striker Karim Benzema said. "It was a very difficult competition for us and we deserved to win this final. With all the history this team has, we showed everyone that we are always here.”

Liverpool's players finished a season that promised so much — a week ago, it was in contention for an unprecedented quadruple of major trophies — with just the two domestic cups in England to show for their efforts. They lost out on the Premier League title by one point last weekend and the Champions League to a Madrid team that had one shot on target in the final.

Playing its 64th game of the season, Liverpool just couldn't find a way past Courtois, who tipped Mane's first-half shot onto the post and produced an even better save to turn away Salah's effort in the 81st.

It's unfathomable that Liverpool, which owns one of the most devastating attacks in world soccer, has failed to score a single goal in its three cup finals this season. The Reds won the FA Cup and League Cup via penalty shootouts after 0-0 draws after extra time.

“In the dressing room, nobody feels it was a great season at the moment," Liverpool manager Jurgen Klopp said.

Liverpool's players stayed on the field to watch Marcelo, Madrid’s serial winner of trophies who didn’t even play a minute of the final, given the honor of lifting the trophy to a backdrop of fireworks and tickertape.

Marcelo is one of a slew of Madrid players to capture a fifth Champions League title, just one off the record held by Francisco Gento, a Madrid great from the 1950s and '60s.

For many, especially Liverpool fans, pre-match crowd problems overshadowed this final, though, and are sure to be the focus of an investigation by UEFA and authorities in the coming days.

Riot police fired tear gas and pepper spray at Liverpool supporters forced to wait in long lines to get into the biggest club game of the European season, whose kickoff was delayed.

UEFA blamed the chaos on people trying to get into the stadium without legitimate tickets.

“In the lead-up to the game, the turnstiles at the Liverpool end became blocked by thousands of fans who purchased fake tickets which did not work in the turnstiles,” UEFA said in a statement.

Some fans climbed fences surrounding the stadium to get in. Others barged their way past security and sprinted onto the concourse before getting wrestled to the ground.

Riot police with batons and riot shields ran from gate to gate to prevent pockets of fans forcing their way into the stadium.

About 15 minutes before the scheduled kickoff of 9 p.m. local time, an announcement was made that there would be a delay. It was greeted by jeers inside the stadium.

Liverpool said it was “hugely disappointed” with the security issues experienced by its fans which were reminiscent of last summer outside Wembley before the Euro 2020 final between England and Italy. That was largely due to England fans aggressively trying to get into their home stadium.

“I know families had real struggles to get into the stadium,” Klopp said. “We will leave it for the investigation to figure out ... Obviously it was pretty tricky out there."