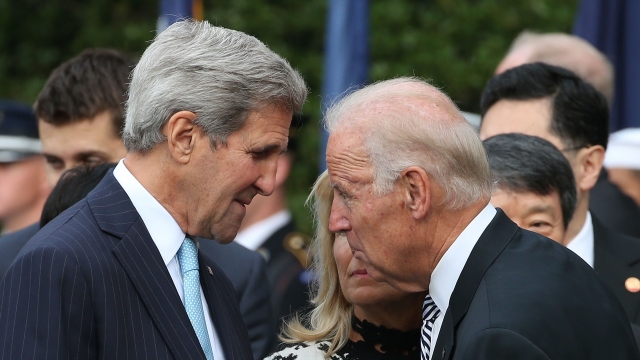 Kerry, who was the Democratic presidential nominee in 2004, also praised Biden's foreign policy work in both the Senate and as a member of the Obama administration.

In a statement, Kerry said: "I believe Joe Biden is the President our country desperately needs right now, not because I've known Joe so long, but because I know Joe so well. ... Joe is uniquely the person running for president who can beat Donald Trump and get to work on day one at home and in the world with no time to waste."

Kerry and Biden have a long political history together. They served together in the Obama administration and in the Senate, with Kerry taking over for Biden as chairman of the Senate Foreign Relations Committee when Biden left to become vice president.

Kerry will join Biden in Iowa on Friday as part of the former vice president's weeklong "No Malarkey" bus tour. Kerry is also expected to campaign in New Hampshire with Biden later this month.