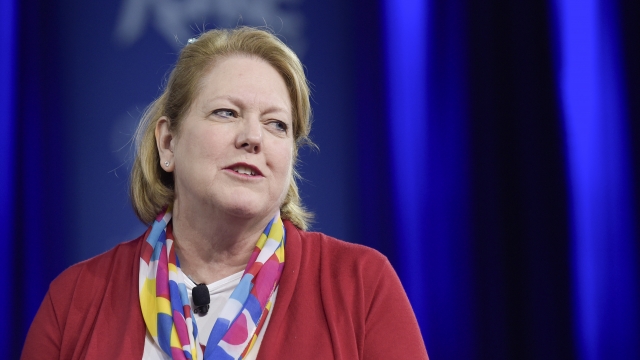 The House committee investigating the Jan. 6, 2021, insurrection at the Capitol has asked Virginia Thomas, the wife of Supreme Court Justice Clarence Thomas, for an interview, the panel's chairman said Thursday afternoon.

Thomas, a conservative activist, communicated with people in President Donald Trump's orbit ahead of the attack and also on the day of the insurrection, when hundreds of Trump's supporters violently stormed the Capitol and interrupted the certification of Joe Biden's victory.

"We have sent Ms. Thomas a letter, asking her to come and talk to the committee," Mississippi Rep. Bennie Thompson, the Democratic chairman of the panel, told reporters after a three-hour public hearing Thursday. He didn't specify a time or date for an interview.

The chairman said her name could also come up at some point in the panel's hearings that are being held throughout June.

Earlier in the day, Thompson and committee vice-chair Liz Cheney had both said it was time for her to come in voluntarily and provide testimony with the nine-member panel after investigators discovered information that refers to Thomas — known as Ginni — in communications they have obtained relating to one of Trump's lawyers, John Eastman.

In response, Thomas told the conservative news site Daily Caller on Thursday that she "can't wait to clear up misconceptions," suggesting she would comply with a request to testify.

Eastman, who was advising Trump in the weeks and days ahead of the attack, was a central figure in the committee's third public hearing Thursday. Lawmakers laid out their case regarding the pressure campaign Trump waged, with a legal assist from Eastman, against then-Vice President Mike Pence to try to get him to object or delay Biden's certification on Jan. 6.

On his blog Thursday, Eastman posted a single email from Thomas on Dec. 4, 2020, in which she asks Eastman for a status update for a group she describes as "grassroots state leaders."

"OMG, Mrs. Thomas asked me to give an update about election litigation to her group. Stop the Presses!" the headline on the blog post reads.

Eastman also said he never discussed with either Thomas "any matters pending or likely to come before the Court."

Thomas did not immediately respond to a request for comment from The Associated Press.

It is not the first time members of the panel have said they want to talk to Thomas. In March, lawmakers on the committee said they were considering inviting her for a witness interview about text messages with White House Chief of Staff Mark Meadows on the day of the attack. But she still has not spoken to the panel.

She has been critical of the Jan. 6 committee and signed a letter with other conservatives calling on House Republicans to expel Reps. Liz Cheney of Wyoming and Adam Kinzinger of Illinois from the GOP conference for joining the panel.

Thomas also urged Republican lawmakers in Arizona to choose their own slate of electors after the 2020 election, arguing that results giving Joe Biden a victory in the state were marred by fraud.

She has acknowledged she attended the Jan. 6 "Stop the Steal" rally on the Ellipse but left before Trump spoke and his supporters later stormed the Capitol.

Justice Thomas was the only member of the Supreme Court who voted against the court's order allowing the Jan. 6 committee to obtain Trump records that were held by the National Archives and Records Administration. The court voted in January to allow the committee to get the documents.

The court on Thursday did not immediately respond to a request for comment from the justice.

The emails between Eastman and Thomas were first reported by The Washington Post.