Should Congress Be Able To Freely Trade Stocks? 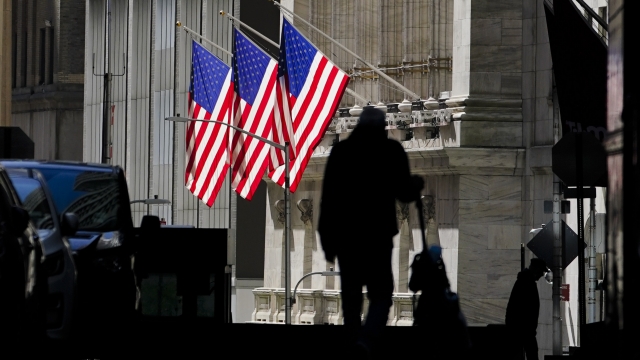 SMS
Should Congress Be Able To Freely Trade Stocks?
By Newsy Staff
By Newsy Staff
January 26, 2022
Rep. Nancy Pelosi reignited the debate after she explained why she was against prohibiting trading.

There’s been a battle brewing over the past few months about whether Congress should be able to freely trade stocks. The central concern is whether it would allow conflicts of interests and huge financial influences over legislation.

Back in December, Speaker of the House Nancy Pelosi reignited the debate after she was asked why she’s against prohibiting trading.

"Because this is a free market, and people – we’re a free market economy, people should be able to participate," Rep. Pelosi said.

Then, two bills were introduced this month in Congress proposing new restrictions: one by Democratic Sens. Mark Kelly and Jon Ossoff, and another by GOP Sen. Josh Hawley.

This is one of the few issues in Congress that actually has pretty wide bipartisan support. If there’s a good chance reform might actually happen, there are changes the country's trading rules would need.

Currently, Congress doesn’t have a limit over what it trades and how much is earned from stocks, and up until 2012, Congress was allowed to trade stock based on insider information — in the open — which is illegal for any ordinary person.

But in 2012, Congress passed the STOCK Act at an impressive margin in the Senate of 96-3. This forbids insider trading and requires Congress to disclose all their trades generally within 45 days.

However, the STOCK Act has been less than successful. The penalty is quite small and often waived by ethics committees anyway, and the standard fine is about $200 — making it hard to enforce.

According to Insider's original investigation, in 2021, 54 members of Congress and about 180 high-level staffers violated the rule, with Alabama Rep. Tommy Tuberville having 132 violations alone.

That act also doesn't stop lawmakers from sitting on committees, writing laws or voting on bills that might impact them financially. In other words, "conflict of interest" trading is rampant.

Another example from Insider showed these 15 lawmakers all sit on the House and Senate Armed Services committee, which was responsible for writing the defense authorization bill that bankrolls military subcontractors. All of them have investments or traded stocks of renowned contractors like Lockheed Martin, Boeing and Raytheon.

These lawmakers sit on committees that oversee energy regulations. Between the three of them, they own stock in Duke Energy, Chevron and Exxon Mobil — the last of which is one of the most popular stocks to own in Congress.

In addition to conflicts of interest, there were also some interestingly timed trades, which have had varying degrees of scrutiny.

Former Sen. Kelly Loeffler, on the Senate Health Committee, came under fire for a spree of stock sales starting Jan. 24 of 2020, the same day the committee had a private session on COVID-19. Then, the threat of COVID wasn't that clear to the public yet, as this was only a couple days after the first reported case in the U.S. Her trades totaled over $18 million, though she claims she has sold everything after the outcry and ultimately incurred a loss.

Her colleague on the committee, Sen. Rand Paul, also faced scrutiny over his wife's sudden investment in the company behind the anti-viral drug Remdesivir, used for COVID treatment. The stock was bought as early as Feb. 2020 and disclosed 16 months late. The senator is notably vocal against COVID precautions, casting the lone vote against the emergency spending bill in early March 2020.

"This is not the time for anybody to be profiting off of selling ventilators, vaccines, drugs, treatments, PPE, anywhere in the world," Democratic Rep. Tom Malinowski said.

Though Malinowski said that, he also seemingly used private information to sell stock in a company that makes COVID tests. He’s still under investigation by the House Ethics Committee.

One proposed bill in the Senate would require members of Congress and their families to place their portfolios into blind trusts, essentially preventing them from knowing what they have invested in or controlling sales, and both bills propose far steeper fines for violations.

Having stricter enforcement and limits on trading in Congress is popular across the aisle and with voters, and as a result, reforms could be a major first step in Congress regaining some trust from the American public.