Social Media Has Become Saturated With Ads. How Did We Get Here? 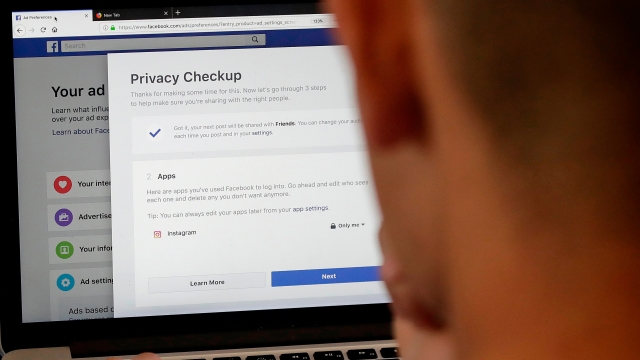 SMS
Social Media Has Become Saturated With Ads. How Did We Get Here?
By Newsy Staff
By Newsy Staff
May 3, 2022
Social media platforms are making much of their revenue off of advertising. So is there anything you can do to avoid seeing these ads?

If you go on social media these days, the second you get to scrolling you're bombarded with ads. Then when you go to another site, you see the same ones.

Survey Monkey found that even though ads perform well on social platforms — with nearly half of social media users buying something from those ads — 74% of people think there are just too many.

But, that wasn't always the case.

The first digital ad was an AT&T banner on hotwired.com, now known as Wired, which made its debut in 1994. For over four months, a whopping 44% of people clicked on it, which is definitely not something we'd see today. It was part of AT&T’s larger "You Will" campaign.

It featured futuristic commercials, where people were doing things like using a GPS or video calling, and their predictions actually came true.

It was something that hadn't been seen before. People were even sharing the link to the ad with friends.

Facebook, now Meta, got its start in 2004, but it didn't make its first ad deal until 2006 in a partnership with JP Morgan Chase to advertise credit cards. YouTube soon followed, launching ads on their platform in 2007. They first used transparent ads that covered the bottom of the video.

In 2010, Twitter introduced ads. By then, it was already a lot more common to see ads on social media. Instagram and Pinterest would do the same in 2013 and Snapchat in 2014.

According to a 2020 study, Facebook and Instagram show more ads on average than any other major social media platform.

For both apps, more than 20% of the posts users see on their feed each time are ads. For Instagram, that roughly breaks down to an ad every four posts or so.

So, is there anything you can do to stop seeing this influx of ads every time you open up your social media?

Reporting them is definitely not the way to go — one study found users who report ads see about 5% more ads than users who don't.

But cutting down on some of the time you spend on these apps could help a bit. Instagram actually shows more ads to people who spend more time on their app.

Unfortunately, you can't just turn them off; a lot of these social media sites rely on ad dollars to keep their business running.

In 2020, 97% of Facebook's global revenue came from advertising.

A lot of companies prefer advertising on these platforms because it's cheaper, and it works for them.

In a recent report, market research company Million Insights found the global social media advertising market was valued at $103 billion in 2020 and is expected to see an annual growth rate of 12.4% between 2021 and 2028.