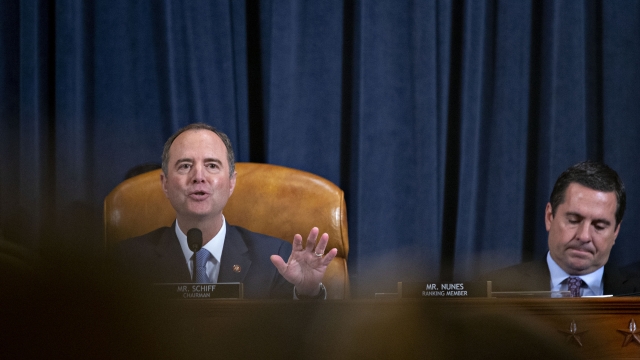 By LeeAnne Lowry
December 1, 2019
If it passes, the House Judiciary Committee will hold its first hearing Wednesday.
SHOW TRANSCRIPT

Members of the committee will have 24 hours to read through a draft of the report starting Monday evening. Then they'll vote. Those votes are expected to fall along party lines, which means the report will likely be approved.

If it passes, the House Judiciary Committee will hold its first impeachment hearing Wednesday. President Donald Trump's legal representatives have been invited to the hearing but it's unclear if they'll be there.

President Trump said on Twitter Saturday that he won't be involved in this week's hearings because he'll be representing the U.S. at the NATO Summit in London.

The committee set a Dec. 6 deadline for the president to decide if his counsel will participate in the next round of hearings.

The Associated Press reports that Democrats are pushing for a final House vote by Christmas.