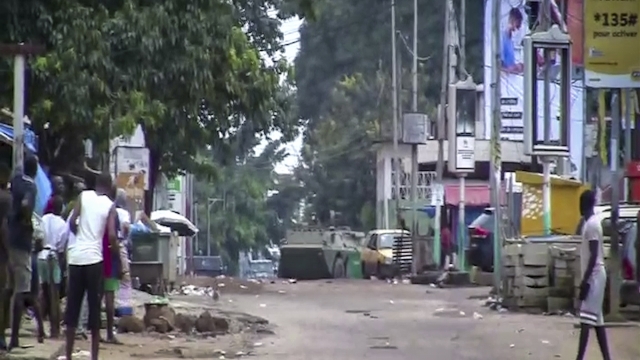 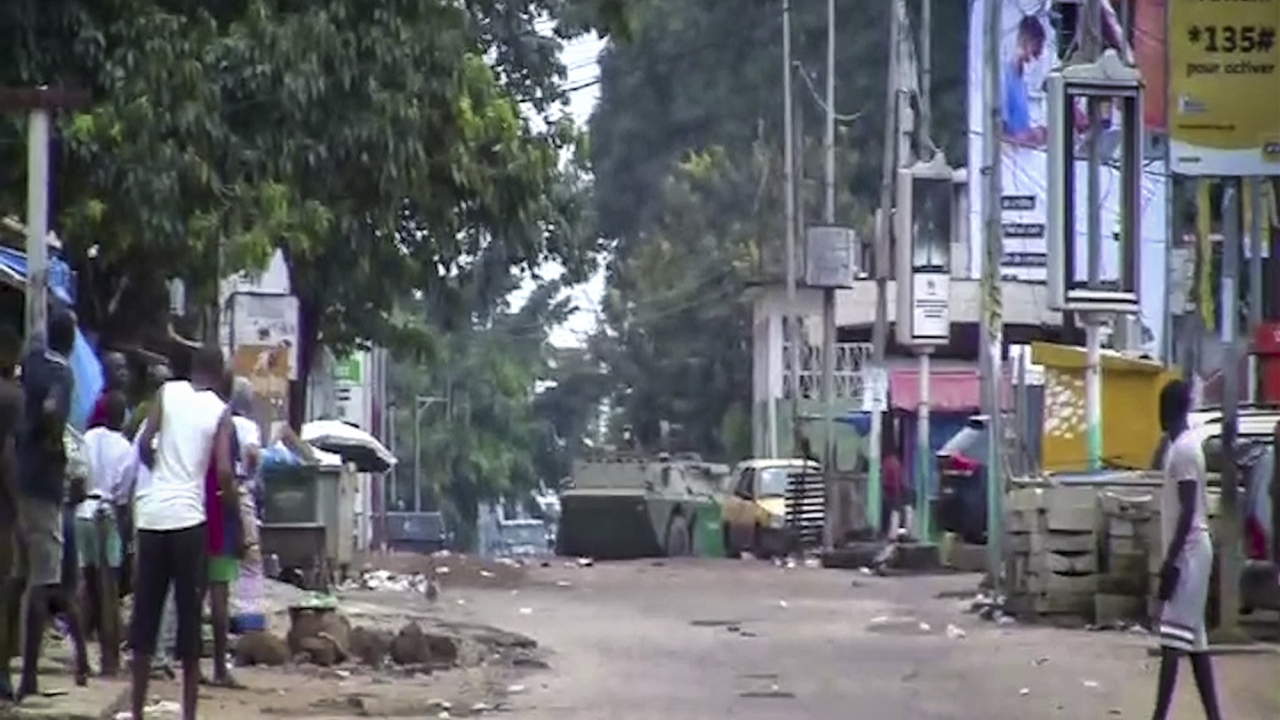 Guinea's new military leaders sought to tighten their grip on power after overthrowing President Alpha Conde, warning local officials that refusing to appear at a meeting convened Monday would be considered an act of rebellion against the junta.

After putting the West African nation back under military rule for the first time in over a decade, the junta said Guinea's governors were to be replaced by regional commanders. A nightly curfew was put in place, and the country's constitution and National Assembly were both dissolved.

The military junta also refused to issue a timeline for releasing Conde, saying the 83-year-old deposed leader still had access to medical care and his doctors. The West African regional bloc known as ECOWAS, though, called for his immediate release and threatened to impose sanctions if the demand was not met.

Conde's removal by force Sunday came after the president sought a controversial third term in office last year, saying the term limits did not apply to him. While the political opposition and the junta both sought his ouster, it remained unclear Monday how united the two would be going forward.

It also was unknown how much support the junta leader Col. Mamadi Doumbouya had within the larger military. As the commander of the army's special forces unit he directed elite soldiers but it was still possible that others who remained loyal to the ousted president could mount a countercoup in the coming hours or days.

In announcing the coup on state television, Doumbouya cast himself as a patriot of Guinea, which he said had failed to progress economically since gaining independence from France decades earlier. Observers, though say the tensions between Guinea’s president and the army colonel stem from a recent proposal to cut some military salaries.

“We will no longer entrust politics to one man. We will entrust it to the people,” he said, draped in a Guinean flag with about a half dozen other soldiers flanked at his side.

The junta later announced plans to replace Guinea’s governors with regional commanders at a public event Monday and warned: “Any refusal to appear will be considered rebellion."

U.N. Secretary-General Antonio Guterres tweeted that he strongly condemned “any takeover of the government by force of the gun.”

On Sunday morning, heavy gunfire broke out near the presidential palace and went on for hours, sparking fears in a nation that already has seen multiple coups and presidential assassination attempts. The Defense Ministry initially claimed that the attack had been repelled by security forces, but uncertainty grew when there was no subsequent sign of Conde on state television or radio.

The developments that followed closely mirrored other military coup d’etats in West Africa: The army colonel and his colleagues seized control of the airwaves, professing their commitment to democratic values and announcing their name: The National Committee for Rally and Development.

It was a dramatic setback for Guinea, where many had hoped the country had turned the page on military power grabs.

Conde’s 2010 election victory — the country’s first democratic vote ever — was supposed to be a fresh start after decades of corrupt, authoritarian rule and political turmoil. In the years since, though, opponents said Conde, too, failed to improve the lives of Guineans, most of whom live in poverty despite the country’s vast mineral riches of bauxite and gold.

The year after Conde's first election he narrowly survived an assassination attempt when gunmen surrounded his home overnight and pounded his bedroom with rockets. Rocket-propelled grenades landed inside the compound and one of his bodyguards was killed.

Violent street demonstrations broke out last year after Conde organized a referendum to modify the constitution. The unrest intensified after he won the October election, and the opposition said dozens were killed during the crisis.

In neighboring Senegal, which has a large diaspora of Guineans who opposed Conde, news of his political demise was met with relief.

“President Alpha Conde deserves to be deposed. He stubbornly tried to run for a third term when he had no right to do so,” said Malick Diallo, a young Guinean shopkeeper in the suburbs of Dakar.

“We know that a coup d’etat is not good,” said Mamadou Saliou Diallo, another Guinean living in Senegal. “A president must be elected by democratic vote. But we have no choice. We have a president who is too old, who no longer makes Guineans dream and who does not want to leave power.”

Guinea has had a long history of political instability. In 1984, Lansana Conte took control of the country after the first post-independence leader died. He remained in power for a quarter-century until his death in 2008 and was accused of siphoning off state coffers to enrich his family and friends.

The country’s second coup soon followed, putting army Capt. Moussa “Dadis” Camara in charge. During his rule, security forces opened fire on demonstrators at a stadium in Conakry who were protesting his plans to run for president. Human rights groups have said more than 150 people were killed and at least 100 women were raped. Camara later went into exile after surviving an assassination attempt, and a transitional government organized the landmark 2010 election won by Conde.