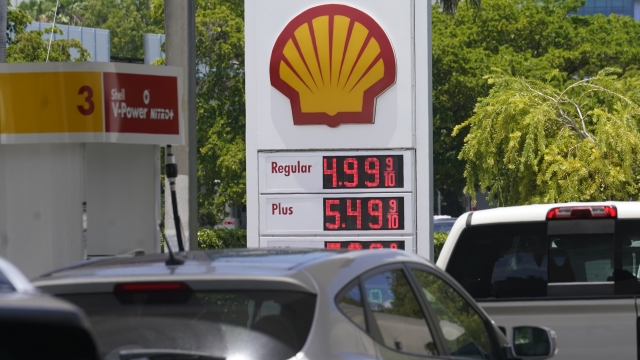 If savings from the 18.4 cents-a-gallon federal tax on gas are fully passed along to consumers, drivers would save about $2.76 for a 15-gallon fill-up.

It's unclear, though, if President Biden can push his proposal through Congress, where lawmakers, including some Democrats, are skeptical or even opposed to the idea. Many economists also are wary of a gas tax holiday.

House Speaker Nancy Pelosi said lawmakers “will see where the consensus lies on a path forward” for President Biden’s plan, but she and other congressional Democrats have long worried that suspending the gas tax would allow oil companies to reap additional profits with no guarantee the savings would be passed along to consumers.

"The other thing to consider is that some of that cut in tax will probably be captured by the gas company... They're not going to pass all of that through to their customers," said Mark Zandi, chief economist at Moody's Analytics.

The president can do remarkably little to fix prices that are set by global markets, profit-driven companies, consumer demand and aftershocks from Russia's invasion of Ukraine and the embargoes that followed. The underlying problem is a shortage of oil and refineries that produce gas, a challenge a tax holiday cannot necessarily fix.

Zandi estimates that the majority of the 8.6% inflation seen over the past 12 months in the U.S. comes from higher commodity prices due to Russia's invasion and continued disruptions from the coronavirus.

"Russia produces a lot of oil, exports a lot of oil, and that's come off the market," Zandi said. "So it's just supply and demand. If you have, you know, less supply. And of course, the economy is generating demand for oil then, you know, prices have to go up. And that's exactly what what's been happening." 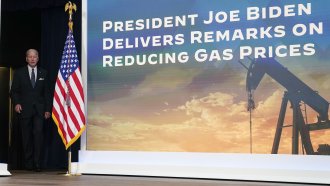 What Would A Gas Tax Break Feel Like For Drivers?

High gas prices pose a fundamental threat to President Biden's political and policy ambitions. They've caused confidence in the economy to slump, contributed to record inflation and adds to the formidable challenges that Democrats face in keeping control of the House and the Senate in November.

President Biden's past efforts to cut gas prices — including release of oil from the U.S. strategic reserve and greater ethanol blending this summer — have done little to produce savings at the pump. President Biden says the gas tax holiday can provide some direct relief to consumers, and he is calling on states to follow suit by suspending their own gas taxes or helping consumers in other ways.

"There is no smoking gun slam dunk solution here," Zandi said. "So things are out of many respects, out of the president's control and the administration's control... And then layer on top of that the fact that you have an election fast approaching. It's just got to be incredibly overwhelmingly, you know, frustrating for for folks in the administration."

Zandi suggests that Saudi Arabia, the United Arab Emirates and a nuclear deal with Iran could help to boost supplies and lower gas prices for consumers.

The administration says the three-month pause would cost about $10 billion. The lost revenue would otherwise go to the Highway Trust Fund, which finances most federal government spending for highways and mass transit.

Critics of the tax holiday say that could lead to decreased spending on roads, bridges and other infrastructure that are the hallmark of the President Biden presidency. But the White House says the money could be transferred from other government accounts and that infrastructure remains a top priority for the president.