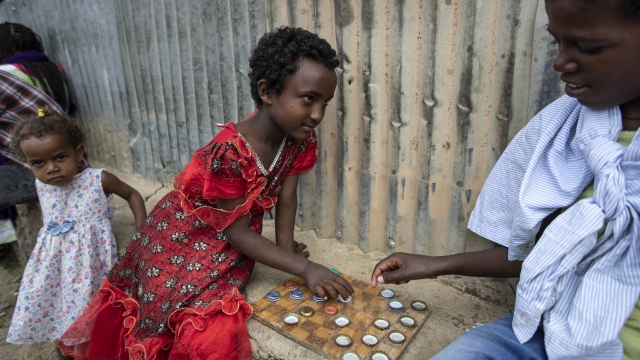 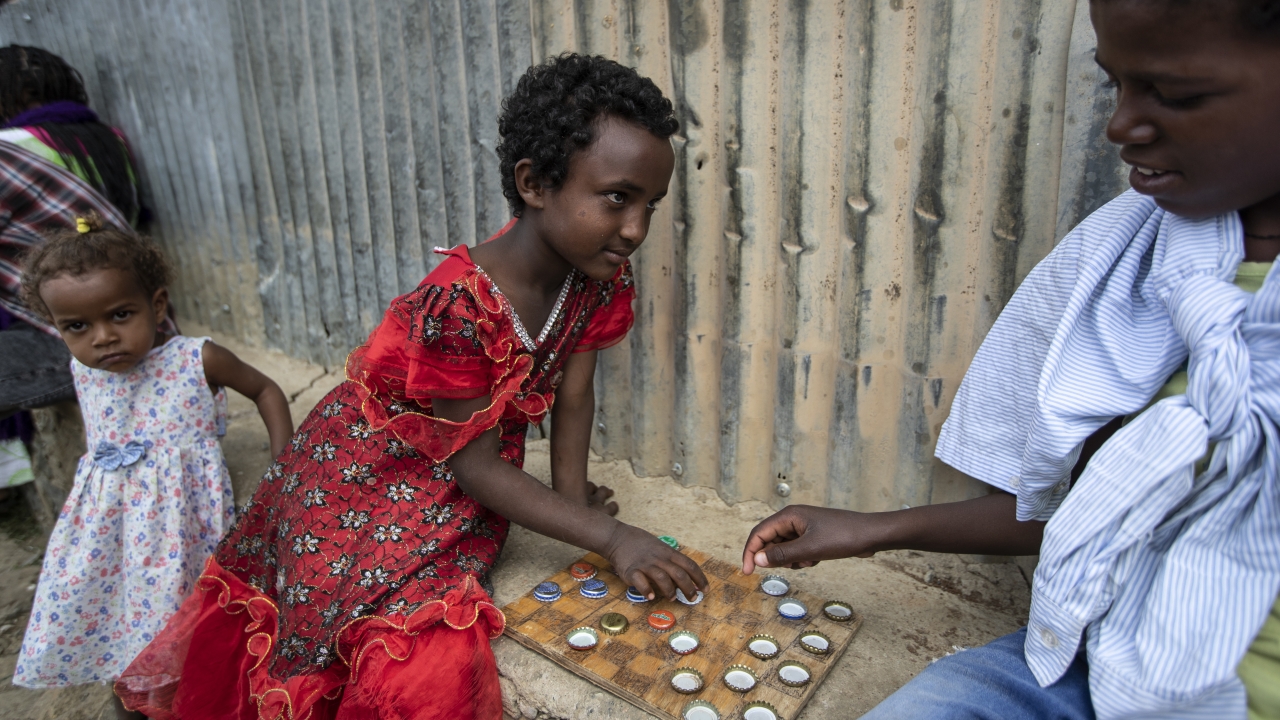 Thousands of Eritrean refugees are increasingly caught in the middle of the conflict in Ethiopia's Tigray region, where witnesses and U.N. officials say forces have attacked their camps, abducted or killed some of the residents, and stolen their food and possessions.

The refugees are among the most vulnerable groups in the Tigray conflict, which broke out in November between the region's forces and Ethiopian federal troops. It has left thousands of people dead.

The refugees say they have been targeted by both sides. Troops from their native Eritrea, which sent forces over the border to support Ethiopian soldiers, have been accused of destroying a refugee camp and abductions. And the refugees say they have also come under attack as scapegoats from Tigrayans, who allege widespread abuses by Eritrean soldiers.

Before the conflict, around 50,000 Eritrean refugees — many of whom fled their country's authoritarian government and its policy of indefinite military service — were present in four camps in Tigray, according to the United Nations. Another 42,000 were scattered elsewhere in the region and the rest of Ethiopia. Two of the camps were destroyed early in the war, and the fate of thousands of their residents is unknown.

Last week, Tigray forces captured the remaining two camps, Mai Aini and Adi Harush, after launching an offensive against forces from the neighboring Amhara region as they sought to take back more territory following the retreat of Eritrean and Ethiopian federal forces from the region last month.

Residents of Adi Harush camp told The Associated Press that Tigray forces have since abducted more than a dozen refugees and raided dozens of homes, stealing mobile phones, food and other supplies. "There is a lot of daily robbery," said one resident who, like others, spoke on condition of anonymity for fear of reprisals.

Last week, the U.N. refugee agency's Ethiopia representative, Ann Encontre, expressed alarm and confirmed the death of at least one Eritrean refugee. "Tens of thousands of refugees, fearful for their lives, are currently trapped and unable to move due to the insecurity and ongoing movement of troops," she said.

Ethiopia's refugee agency in a statement on Thursday called it "tantamount to a hostage situation." 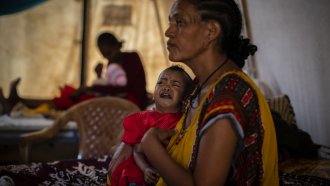 Fighting continues to the south of the camps, where Amhara forces are massing with the intention of retaking the area. Refugees in Adi Harush said Tigray forces positioned weapons in the camp to repel an attack.

Separately, U.N. refugee chief Filippo Grandi condemned the arrests in recent weeks of "hundreds" of refugees in Shire, a town under Tigray forces' control, and cited "credible and corroborated reports of reprisal attacks, abductions, arrests and violence meted out against Eritrean refugees for their perceived affiliation with one side or the other" since the conflict began in November.

The Tigray forces have denied targeting Eritrean refugees and in a statement on Thursday they said they were "gravely concerned" about reports of attacks. Spokesman for the forces, Getachew Reda, could not be reached for further comment.

Meanwhile, the whereabouts of some 9,200 Eritrean refugees from the two other camps, Hitsats and Shimelba, are unknown, according to the U.N. Fighting erupted in Hitsats in November when Eritrean troops captured the surrounding area from Tigray forces.

The Eritreans later withdrew from the camp, and Tigray forces reclaimed the area. Several refugees said the Tigray forces engaged in reprisal attacks against them, killing 10 people outside the camp's church.

"We were all afraid, so we left the camp, but the Tigray militias followed us," said one Hitsats resident. "When they caught us, they threw grenades. A lot of people I know died that day. … I think they wanted revenge because the Eritrean government attacked them."

Other Eritrean refugees told similar accounts of attacks by Tigray forces after they fled Hitsats. One said 40 of the 60 people he was traveling with were killed near the settlement of Zban Gedena.

Another refugee said dozens of people he fled with were killed in the same area. "I have never been scared like I was on that day," he said.

Many of the camp's residents were rounded up by Tigray forces and taken back to Hitsats.

"That's when the hard times started," said a refugee who was rounded up. "For one month there was nothing to eat or drink. We were eating leaves and grass to survive." 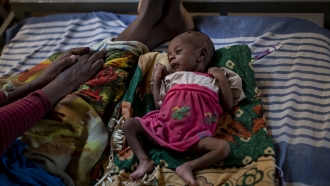 Several residents said Tigray forces beat camp residents and stole their food while in control of Hitsats in December. Eritrean refugees described similar hardships in Shimelba camp and said 16 refugees were killed there in January amid fighting by Tigray forces and Eritrean troops.

An internal U.N. assessment seen by the AP confirmed that deaths, abductions and looting occurred in Shimelba and Hitsats but concluded the perpetrators were "unknown armed groups."

In January, Eritrean forces retook Hitsats camp and ordered the remaining residents to leave, several refugees who witnessed it told the AP.

"The Eritrean troops ordered all the refugees back to Eritrea via Sheraro," one Hitsats resident said. "At Sheraro, they ordered us onto large trucks, but I managed to escape by hiding myself in a house."

Other refugees said Eritrean troops made thousands of refugees walk to the border, but they suggested that, even though they could face further persecution by the authoritarian government in Eritrea, some may have returned voluntarily to escape the violence in Tigray. Eritrea's Information Ministry did not respond to questions.

A refugee now in Ethiopia's capital, Addis Ababa, said he saw Eritrean soldiers dousing buildings in Hitsats camp in petrol and setting them alight immediately after the refugees were ordered to leave. Refugees interviewed also said troops previously abducted residents of both Hitsats and Shimelba.

The U.N. estimates that 7,300 Eritrean refugees from Shimelba and Hitsats made it to Mai Aini and Adi Harush. Now, months later, as the Tigray forces expand their offensive, the refugees fear again being caught up in hostilities.

In a text message, one Adi Harush resident described a desperate situation with no access to aid and constant harassment by Tigray forces. "By God, please help us," he said.