How College Athletes' Name, Image And Likeness Changed The Game 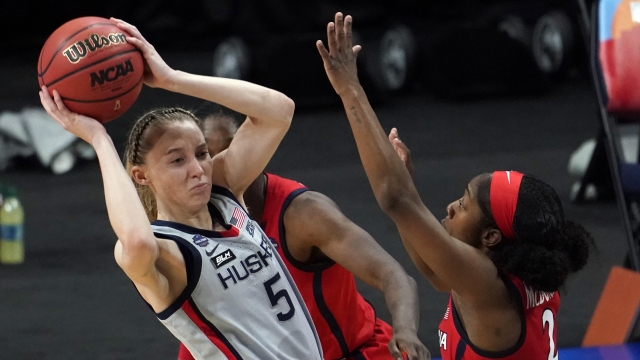 SMS
How College Athletes' Name, Image And Likeness Changed The Game
By Newsy Staff
By Newsy Staff
June 27, 2022
The rule allowing college athletes to earn money off their name, image and likeness has reshaped the game landscape, especially for women.

College athletes now have the rights to earn sponsorship money and have more power over their own brands. It’s reshaping the economy of college sports and beyond and providing new opportunities for the growth of women’s sports.

July 1 marks one year since the National Collegiate Athletic Association, better known as the NCAA, allowed college athletes to earn money off their name, image and likeness, a trio often collectively known as NIL.

But now that’s changing, as the NCAA changed its guidance and athletes are free to sign sponsorship deals with companies, offer lessons or camps in their sports or fundraise for charitable causes.

It’s taken years of court fights and legislation to get here.

One of the most pivotal cases involved Ed O’Bannon, a former basketball player at UCLA. O’Bannon sued when he found that, years after he left, the university was still making money by using his image and likeness in a video game without paying him for it.

Michael McCann, a professor at the University of New Hampshire and legal writer for the publication Sportico, is an expert in sports law, and he co-wrote a book with O’Bannon about the legal fight.

"He and his teammates — most of whom never made any money after college in sports — their identities were being sold in these games, and he challenged it and he won," McCann said.

As the legal pressure came, states also joined in the fight, putting pressure on the NCAA by enacting their own laws. California passed the first NIL law in 2019.

By the time Hayley Hodson graduated high school in 2015, she had become the top volleyball recruit in the country and already played for the U.S. women’s national team. She played on scholarship at Stanford University but had to retire after multiple concussions. It's left her with a firsthand look at the limitations of the old system, and it led to her pushing California to put its NIL law in place.

"Athletes need to have more agency, they need representation, they need economic opportunity, because what we're looking at right now is not that," Hodson said. "I found myself testifying for a topic that I'd long cared about and had never even really considered that legislation could play a role in."

After California, 28 other states followed suit, passing their own laws governing NIL. Fifteen of them took effect July 1, 2021.

Ahead of that date, the Supreme Court handed down a ruling rejecting the NCAA’s argument in a similar case challenging restrictions on academic benefits like computers or internships. Instead of fighting further, the NCAA quickly took a different approach, issuing loose guidelines allowing athletes to have NIL rights.

"It came about much quicker than they wanted it to, and because of that, their committees also have not issued clear guidance and language," said Nancy Lough, with the sports management program at University of Nevada, Las Vegas. "So it's been a little bit of a wild wild west. You know, I think athletic administrators are really struggling."

As both athletes and universities try to navigate a new set of rules, it can leave some unsure as to what is and isn’t allowed.

"I think the line is blurred at times, and I think at times there's a very thin line between what's permissible and what's not, depending on how it's packaged, how it's positioned," said Dr. Ketra Armstrong, director of the Center for Race and Ethnicity in Sport at the University Of Michigan. "So it is becoming an issue for many athletic departments. If you have a booster who's willing to give a student athlete a $150,000 vehicle, that feels a little untoward in some regards because of where the money came from."

But even as the NCAA launches investigations into schools for potential abuse of the new NIL rules, there’s been an effect that’s surprised industry experts.

Although athletic departments and media outlets have often invested the vast majority of their money and attention into football and men’s basketball, women athletes are earning a larger share of NIL deals than expected.

Data from the NIL platform and marketplace Opendorse found that, until May of this year, women’s basketball was the second-biggest sport for athlete sponsorship, trailing only college football.

Even now, four of the top six sports for NIL compensation are women’s sports.

Athletes can take their brand into their own hands quicker now. If you’re at the top of your game or have a large following, you can really cash in.

The Wall Street Journal reported that University of Connecticut basketball star and 2021 national player of the year Paige Bueckers was on track to earn over $1 million in NIL deals annually.

Even if an athlete isn’t on track to turn pro or go viral, NIL deals can make a real difference.

Opendorse estimates that on average, depending on whether they play at the top level or in lower divisions, athletes can bring in at least a few hundred to a few thousand dollars a year through activities like social media posts, autograph signings and public appearances.

At the same time, many cautioned that NIL alone won’t fix all of the remaining gender gaps in college sports. Even as this month marks 50 years since Title IX required colleges to offer at least as many athletic opportunities to women as to men, there’s still work left to be done.

"We're still seeing instances where there's some facility disparities, there's some overall support disparities, but we're also seeing it, particularly at the leadership level," Dr. Armstrong said. "We know that women are still underpaid, so women coaches are still underpaid compared to their male counterparts, so we're still seeing salary inequities and things of that nature."

But there’s a hope that having athletes who are putting in the work to market themselves could help raise interest in women’s sports just by increasing their visibility to potential new fans.

"They can see an athlete do something and they turn around and go try it themselves," Lough said. "They can actually see clips where athletes will show them how.... That whole 'see her be her' thing is so incredibly important. Little kids, a lot of young people would never even think of participating in a certain sport until then. They see somebody doing it and they're like, 'Maybe I should try that.'"