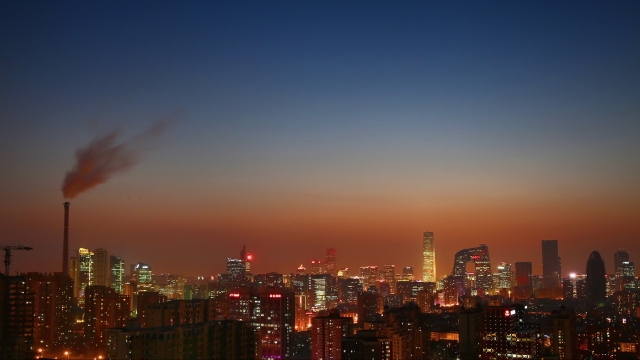 SMS
China Says U.S. Bills On Hong Kong Are 'Doomed To Fail'
By Alec Larson
By Alec Larson
November 28, 2019
A Chinese official reportedly met with the U.S. ambassador to push back on the new laws.
SHOW TRANSCRIPT

Meanwhile, the U.S. Embassy in Beijing released its own statement about the diplomats' meeting, saying, "The Chinese Communist Party must honor its promises to the Hong Kong people." It said the U.S. "believes that Hong Kong's autonomy, its adherence to the rule of law, and its commitment to protecting civil liberties are key to preserving its special status under U.S. law."

China is upset over two bills that became U.S. law on Wednesday. The measures would impose sanctions on Chinese and Hong Kong officials who take part in human rights abuses in Hong Kong; require an annual review of Hong Kong's trade status; and ban the export of certain nonlethal weapons to Hong Kong police. Beijing had previously urged the president not to sign the bills under threat of damaging precarious trade negotiations between the two countries.

A spokesman for China's Foreign Ministry later said at a news conference: "This so-called act will only make the broad Chinese people, including their compatriots in Hong Kong, more aware of the sinister intentions and hegemonic nature of the U.S. ... The plot of the U.S. side is doomed to failure."