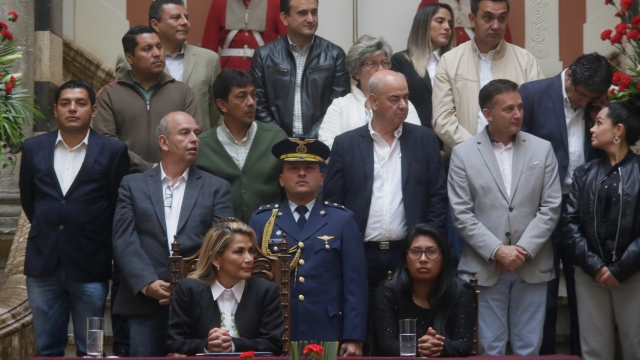 Bolivia's interim government has named the country's first ambassador to the U.S. in more than a decade. It's part of an ongoing foreign policy reorganization following the ouster of former President Evo Morales.

Bolivia's foreign minister nominated Walter Oscar Serrate Cuellar as ambassador of a temporary mission to the U.S. Bolivia hasn't had an American envoy since the two countries had a diplomatic falling out in 2008.

Foreign Minister Karen Longaric reportedly said the short-term appointment would put Bolivia on track to improve its relationship with the U.S.

Interim President Jeanine Áñez has been working to rewrite Bolivia's foreign policy since taking power. Her government has so far broken ties with Cuba and Venezuelan leader Nicolás Maduro, while attempting to forge stronger bonds with Brazil and the U.S.

The new ambassador's appointment will still have to be approved by Bolivia's Senate before it's final.