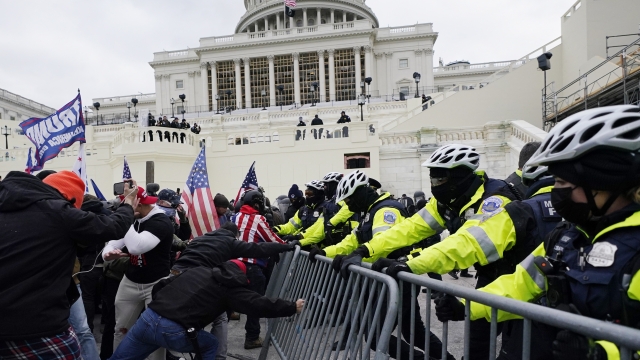 In the months following the January 6th breach on the Capitol, the agency largely responsible for protecting the lives of lawmakers, the Capitol Police, have racked up massive overtime bills covering officer salaries, going over its projected overtime for the year back in June.

If additional funding isn’t provided, the agency is anticipated to run out of funding for salaries for its roughly 2,300 officers at some point in the coming weeks.

Officers are now waiting on the very lawmakers they protected to pay their salaries.

According to an aide to Senate Appropriations Chair Senator Patrick Leahy (D-VT), the Department projects overtime costs going $28 million dollars over its previous projection for the year and 69 officers have left the battered force in the months following January 6th.

The Senate has yet to take up a measure that passed the House two months ago, partially aimed at funding the Capitol Police.

However, the Senate’s top appropriators, Senator Leahy and Vice Chair Senator Richard Shelby, an Alabama Republican, are sparring over a stopgap deal to prevent the Capitol Police from going broke.

While both sides want to wrap in Capitol Police funding with other priorities, Democrats want to spend billions more than Republicans.

Earlier this month, Leahy proposed a new package costing $3.7 billion that would fund the department, among other national security-related priorities, only to have Shelby blast proposal’s high price-tag, as “absolutely the wrong direction.”

Shelby has reportedly proposed his own package, estimated to cost a little over a billion dollars.

“I certainly want to do it before we break,” Leahy told Newsy Tuesday, referring to the Senate’s August recess, which begins August 9th.