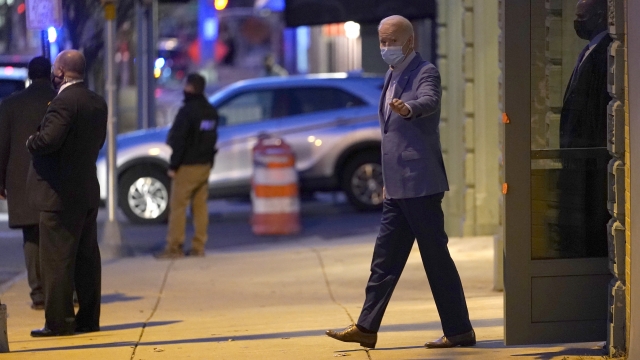 SMS
President-elect Biden 'Not Afraid Of Taking The Oath Outside'

By Simon Kaufman
January 12, 2021
The ceremony will take place in the same spot where rioters stormed the Capitol last week.
SHOW TRANSCRIPT

President-elect Biden's inauguration is just over a week away.

That ceremony will take place in the same spot where rioters stormed the Capitol last week.

Biden says he isn't worried, but does want those who rioted last week held responsible.

"I'm not afraid of taking the oath outside, and we've been getting briefed," said President-elect Biden. "I think it's critically important that there be a real, serious focus on holding those folks who engaged in sedition and threatened people's lives, defaced public property, caused great damage, that they be held accountable."