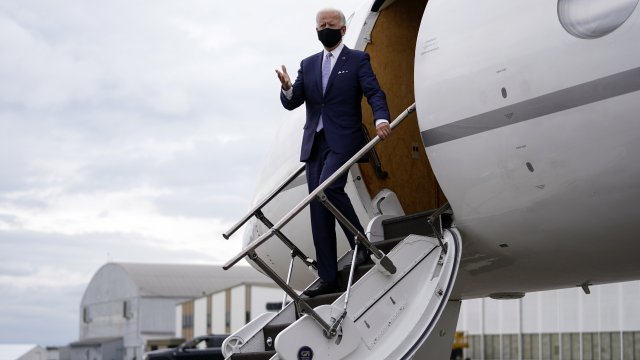 Joe Biden was out on the trail and hitting hard at President Trump Monday afternoon. Speaking from Pittsburgh, the Democratic nominee said a second President Trump term will only divide the country further and create more chaos.

Biden’s speech comes as protests and rioting are becoming more divisive by the day. BOTH campaigns are harnessing the events and using them as reasons voters should choose them. The Trump administration says Americans won't be safe in Biden's America but refused to condemn the Kenosha shooter.

Biden reminded Americans the images they're seeing across their television screens are coming under the current president.

A recent Yahoo/YouGov poll found the public is largely split over which of the candidates would better handle crime, 38% favoring Biden, and 36% saying President Trump. But experts say speeches like Biden's may not move the needle all that much. In fact, the same poll says only four percent of voters supporting one of the major party candidates say there's a chance they'll change their mind between now and the election.

Biden also rejected much of the narrative the Trump campaign is pushing, saying he supports police, that he will be good for the economy, and that he will not ban fracking.

As the general election ramps up and President Trump already on the trail, the Biden campaign is prepping for in-person travel to swing states for the first time since COVID-19 hit after Labor Day.