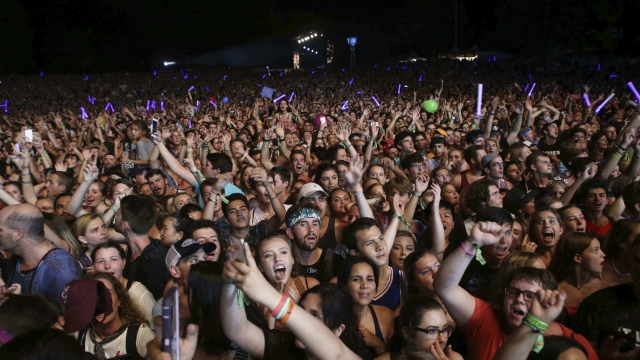 SMS
Atlanta's Music Midtown Festival Canceled After Georgia Gun Ruling
By Gage Jackson
By Gage Jackson
August 2, 2022
A new Georgia court ruling would have made it illegal for organizers to ban guns on the publicly-owned festival grounds at Piedmont Park.

A decades-long music festival scheduled to be held next month in the heart of Atlanta has been called off.

Music Midtown's website and social media accounts said that the event was canceled due to "circumstances beyond their control."

Hey Midtown fans - due to circumstances beyond our control, Music Midtown will no longer be taking place this year. We were looking forward to reuniting in September and hope we can all get back to enjoying the festival together again soon. pic.twitter.com/cI5M37UNW8

No official reason for the cancellation was given, but Rolling Stone and Billboard each reported recent changes to Georgia's gun laws may have been the reason.

Billboard said the likely cause is a new court ruling that would make it illegal to ban guns on the publicly-owned festival grounds.

Angela Gennari is the founder of TITAN Global Enterprises, a security and event management firm based in Atlanta.

She suggested that safety concerns and the risk of lawsuits from Georgia gun owners may have likely played a role in the event being canceled.

"There's that dichotomy of potentially being sued, and then also maybe not have artists being able to perform," she said.

"We [at TITAN Global Enterprises] have worked events in the past where firearms were allowed and it has just not been a safe environment for our employees. So we prefer not to work those types of events," Gennari continued.

The two-day festival scheduled for Sept. 17 and 18 in Atlanta's Piedmont Park would have featured multiple stages, over 35 music artists and was expected to welcome tens of thousands of visitors.