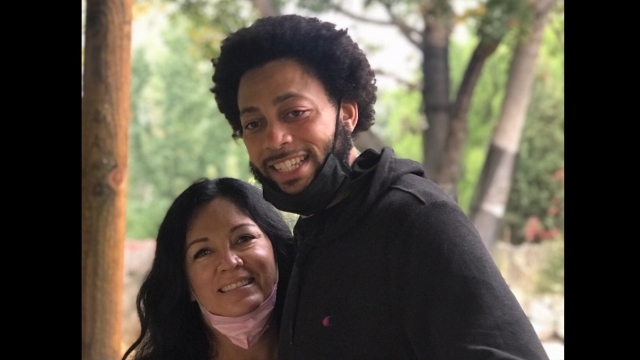 For most people, it's hard to imagine what women's professional basketball star Brittney Griner is experiencing as an American detained in a foreign country. But Jeff Harper isn't most people.

"I just think if more people knew my story and what we went through in general, then they would get a better understanding of what Brittney may be experiencing while she's in Russia," he said. 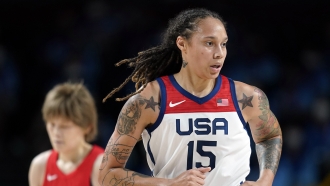 In January 2020, Harper — a former college basketball player at Iowa Wesleyan University — traveled to China to compete in a series of games in effort to land an international basketball contract.

Instead, he landed in the custody of Chinese authorities for roughly eight months after breaking up an assault he witnessed while walking one night in Shenzhen. Harper says the assailant left, but later appeared at a hospital and eventually died.

The Chinese government took Harper into custody while they determined whether to charge him with causing death by negligence.

Harper spent much of his time under residential surveillance at a designated location, inside a concrete room, with a mattress on the floor and a single window with bars on it.

"There was about eight weeks that I didn't hear from anyone," Harper said. "Not my lawyer. I didn't get a chance to talk to Victoria (his fiancée). So I actually thought everyone forgot about me." 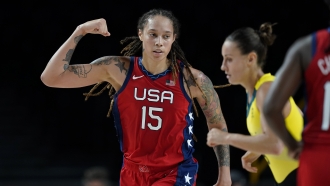 As for Griner, her Russian lawyers regularly meet with the WNBA star, and the U.S. State Department says a consulate officer has visited her. NPR reported she shares a cell with two other women who are also facing drug charges. A few weeks ago, Griner's wife Cherelle posted on Instagram saying, "I miss your voice. I miss your presence."

Harper's fiancée, Victoria Villareal, was eventually able to speak with him once the Chinese authorities began granting him occasional access to his cellphone to call home.

On the outside, Villareal said she scrambled to learn as much as she could about Chinese law and any avenues that could bring her husband home.

Meanwhile, Harper tried to find ways to pass the time. He said he lost 45 pounds from a mostly rice-based diet.

"For the most part, my interaction with other humans was very limited," Harper said. "I did a lot of bodyweight exercises during that time and watched planes go by. Those were big ones for me. And praying. Sometimes it seemed like the days would never end."

Harper is now safely back in the United States and his family say they want the U.S. government to do more when it comes to getting detained Americans back home.

"Do what you can to bring your citizens back to their home country and to their families," Harper said. "If you're really going to protect your people, protect them at all costs."

In Griner's situation, fellow players and activists have been mostly declining to comment for fear publicity could hinder negotiations to get her released from Russian custody.

The Harper family says they believe media attention would have been helpful in their case, but acknowledged concerns it could have backfired if it was deemed negative by China.

As for Griner, Harper says he hopes she knows that people have not forgotten her.

"I understand you (Griner) may have some bit of anger for the situation that's currently going on," he said. "Just know that your family loves you. It's tough, but tough people don't break. You've got to stay mentally focused as they (Russian authorities) try to break you mentally. You can't let that happen. If they see that they can do that, then they succeeded. Do not let them win."